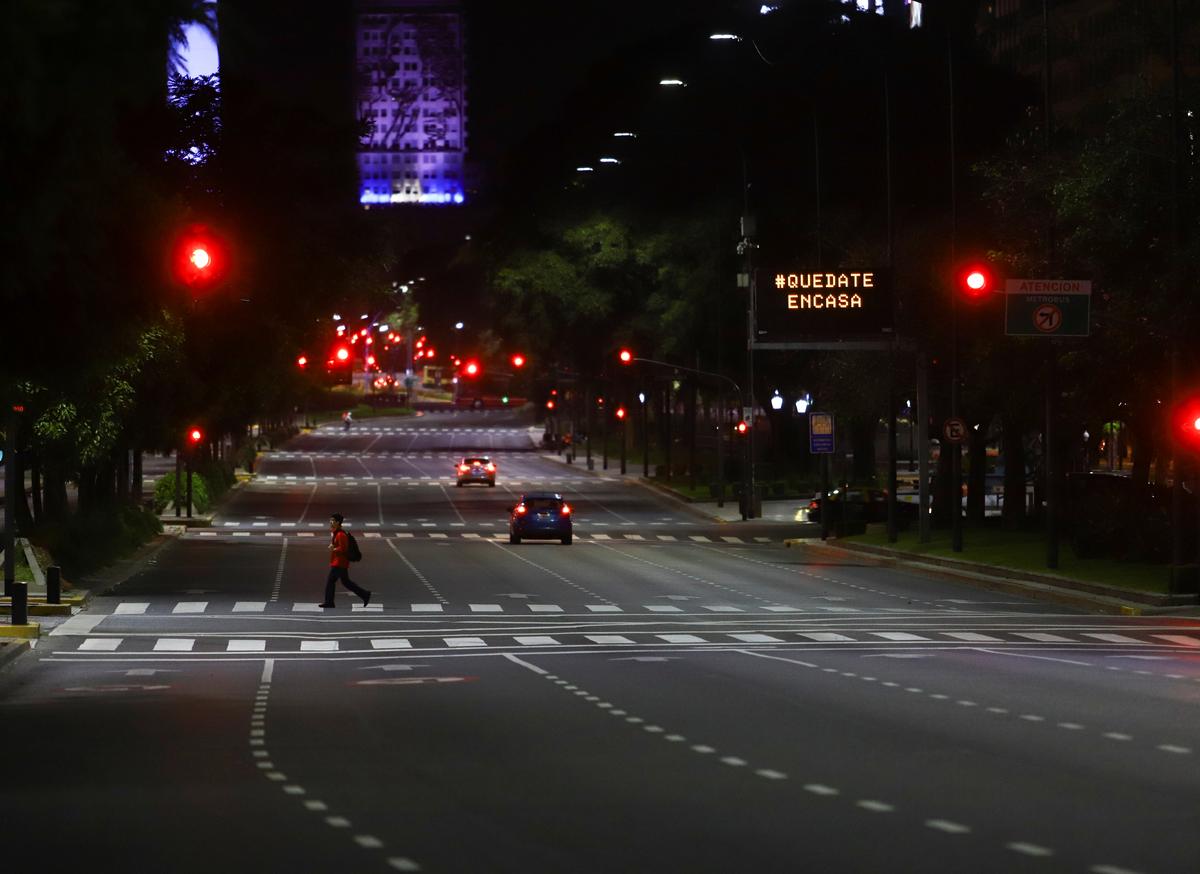 FILE PHOTO: A man walks on the stret as Argentine President Alberto Fernandez announced an extension of the lockdown it has imposed as a measure to control the spread of the coronavirus disease (COVID-19), in Buenos Aires, Argentina April 10, 2020. REUTERS/Matias Baglietto

BUENOS AIRES (Reuters) – Argentina extended until June 7 a mandatory lockdown in Buenos Aires on Saturday and tightened some movement restrictions, after a steady increase in the city’s confirmed coronavirus cases in recent days.

Officials will tighten traffic controls between the capital and Buenos Aires province, the area with the second highest concentration of cases, President Alberto Fernandez said in a televised press conference.

Commercial activity in some of the city’s more populated neighborhoods and access to public transportation will also be rolled back. Some businesses had been allowed to reopen under a previous lockdown extension.

The lockdown, due to expire on Sunday, has been in place since March 20, though officials have relaxed restrictions in some areas of the country. Argentina has a commercial flight ban until Sept. 1, one of the world’s strictest travel measures during the pandemic.

The country recorded 704 new infections on Saturday, one of the highest single-day increases since the pandemic began. The country has 11,353 cases, mostly in Buenos Aires, where the city’s low-income neighborhoods have been particularly hard hit, government data showed. The death toll is at 445.

Fernandez said the rising case load was the driving factor in extending the isolation period in Buenos Aires, where 87% of new cases over the last two weeks were confirmed.

“We are doing things well and I thank everyone, but much remains to be done,” Fernandez said.

Argentina is still outpaced in infections and deaths by many of its neighbors including Brazil, which has the world’s second highest number of cases at 347,398 and a death toll of 22,013, Brazilian government data showed.