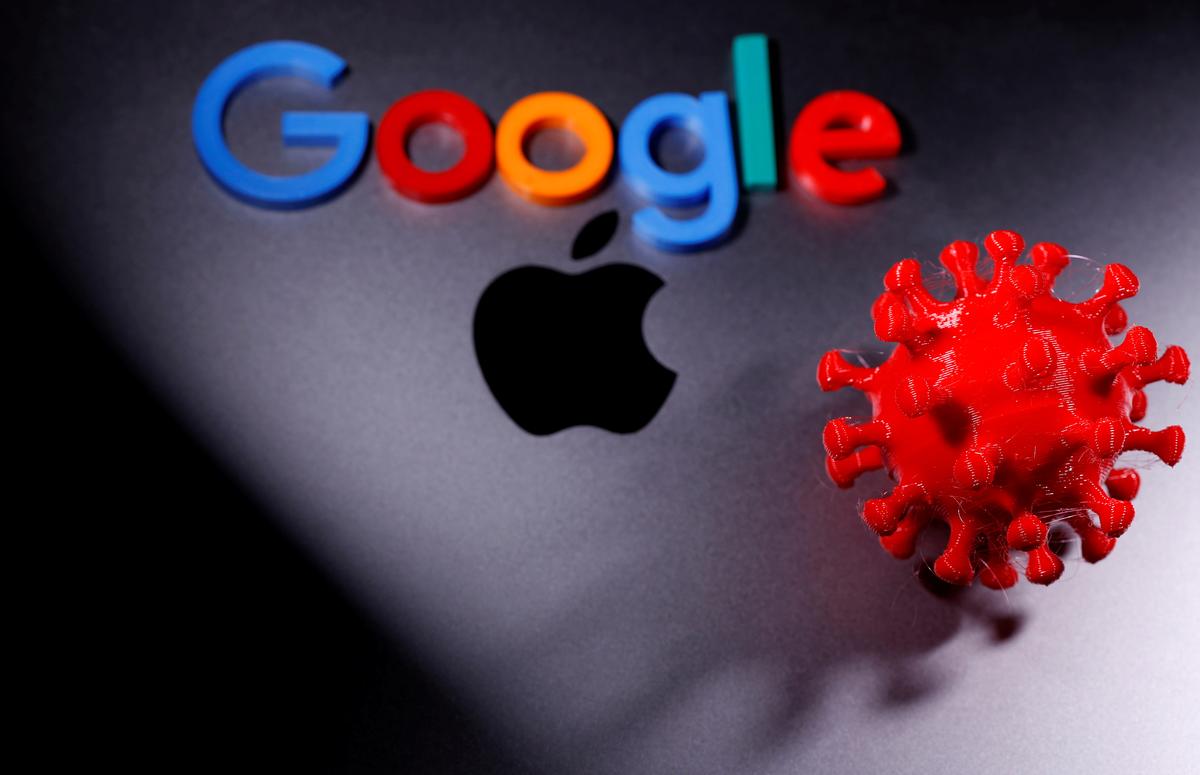 LONDON (Reuters) – Britain will switch to Apple (AAPL.O) and Google (GOOGL.O) technology for its COVID-19 test-and-trace app, ditching its homegrown system which was not working well enough on Apple’s iPhone, the government said on Thursday.

The test-and-trace programme is key to reopening the country but has been dogged by problems. A smartphone app developed by the National Health Service (NHS) was initially expected to be rolled out nationwide in May but did not materialise.

“We have agreed to share our own innovative work … with Google and Apple, work that we hope will benefit others, while using their solution to address some of the specific technical challenges identified through our rigorous testing,” Harding and Gould said in a joint statement.

Harding has described the app as the “cherry on the cake” of the overall test-and-trace system, playing down its centrality to the programme.

But figures for the second week of England’s test-and-trace showed that while over 85,000 people who had tested positive for the new coronavirus had been reached in the first two weeks, over 25% of positive cases could not be reached.

“Having a quarter of those who test positive not contacted is a gaping hole in the system that urgently needs to be addressed,” said opposition Labour Party health policy chief Justin Madders.

Officials running the programme admitted that the change of tack on the app was unplanned but denied that it was a setback, emphasising that they did not want to rush out an app which fell short of standards.

Britain’s adoption of the ‘decentralised’ approach for its app followed a growing number of European countries, including Italy, Switzerland, Germany and Austria.

But Apple and Google’s model has frustrated governments, as they undercut the technology’s usefulness by prioritising user privacy.

The pivot happened after the NHS app, which was being tested on the Isle of Wight off the southern coast of England, was found to work well on Google’s Android operating systems but not on Apple iPhones.

However, Britain wants further improvements to the Google-Apple platform, meaning that the original hope of a launch in May is set to be missed by months rather than weeks.

James Bethell, a junior health minister, on Wednesday said, with regards to a tracing app, that the government wished to “get something going for the winter”, but that it was not a priority.