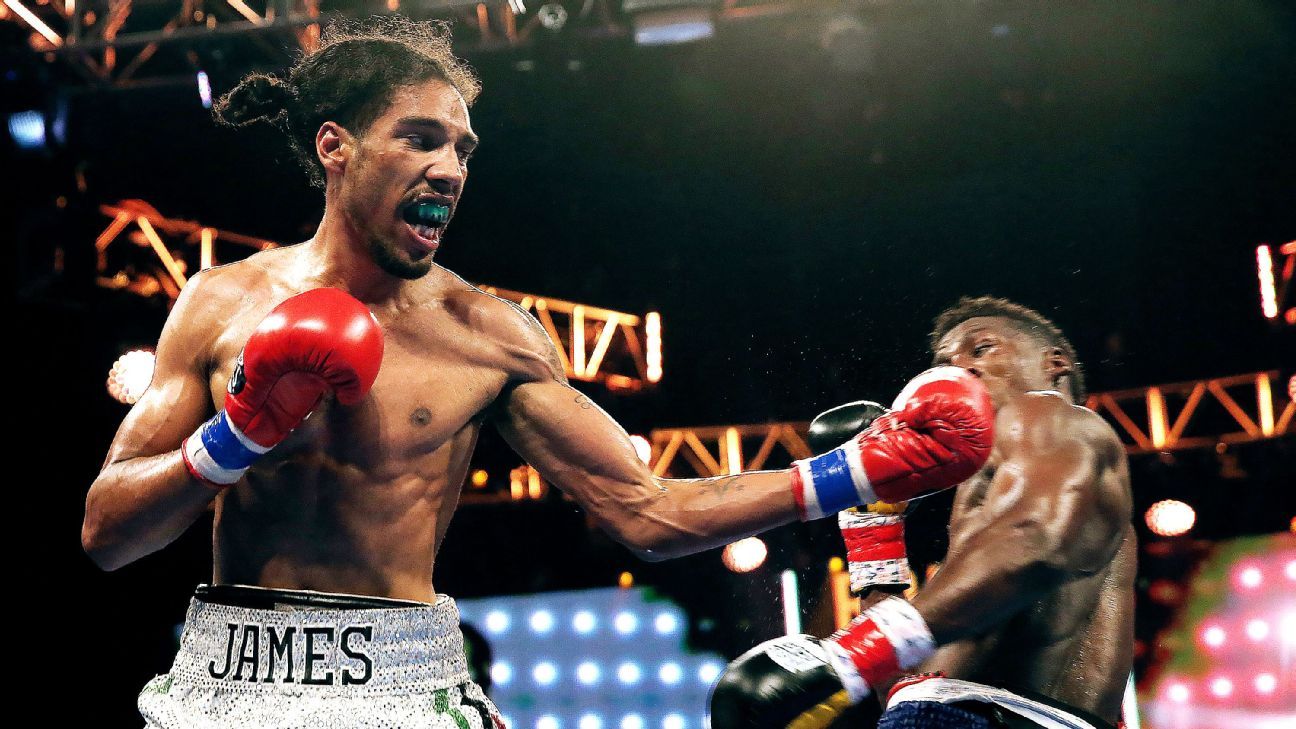 Jamal James and Thomas Dulorme will meet for the WBA welterweight interim title in the main event of a Premier Boxing Champions card on Saturday, Aug. 8 at the Microsoft Theater in Los Angeles.

The fight originally was scheduled for April 11 at the Armory in Minneapolis, but it was postponed because of the coronavirus pandemic.

James (26-1, 12 KOs) is rated ninth in the welterweight division by ESPN. The native of Minneapolis is coming off a decisive 10-round unanimous decision victory over Antonio Demarco in July 2019.

Dulorme (25-3-1, 16 KOs) is a seasoned veteran who defeated Terrell Williams by decision in September and held former WBO welterweight belt holder Jessie Vargas to a majority draw in 2018.

This bout will headline the return of PBC Fight Night on Fox. Two other bouts will be included on the telecast: a super middleweight fight between David Morrell Jr. and Lennox Allen for the WBA interim title and a lightweight contest between Omar Juarez and Willie Shaw.