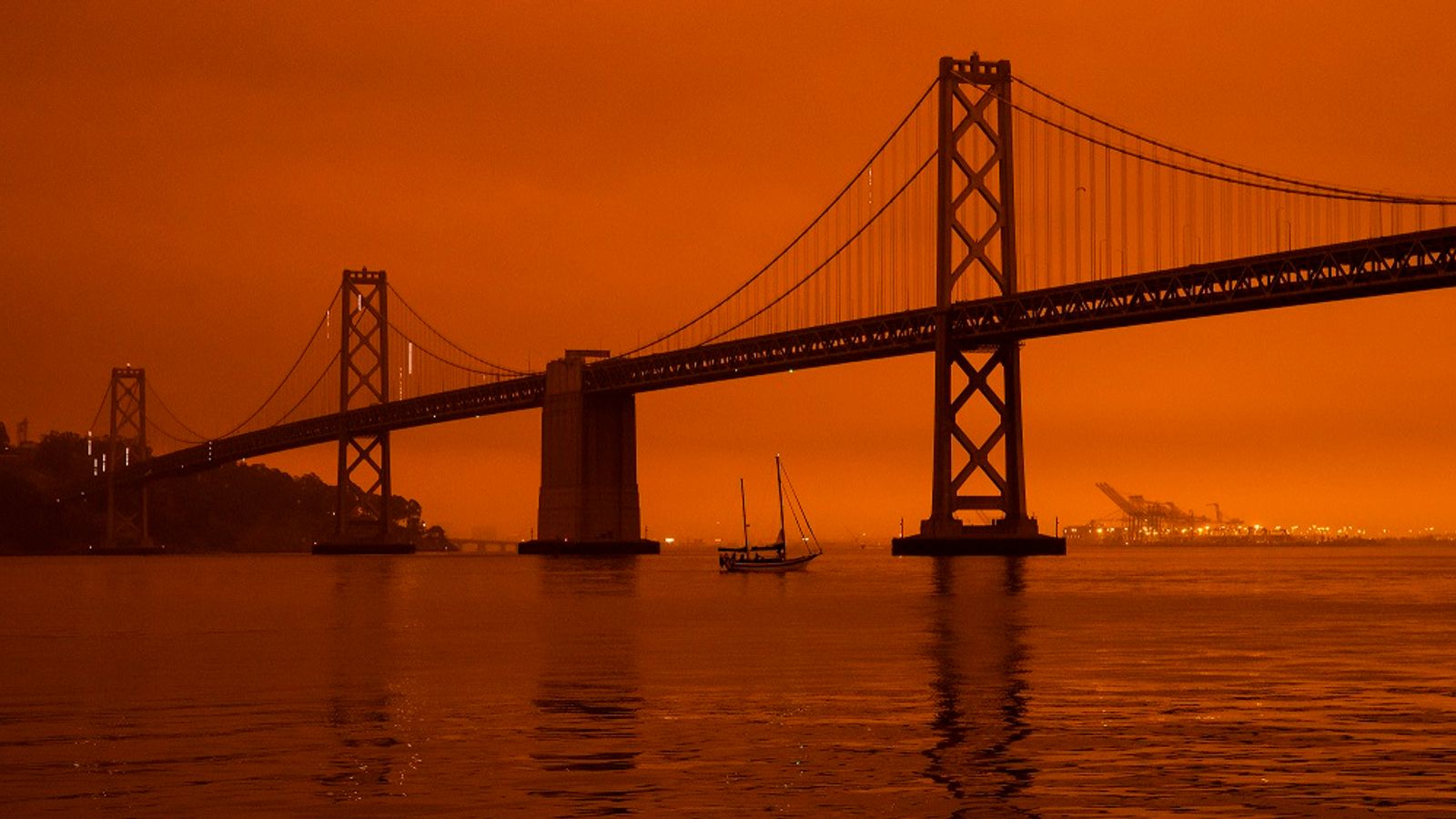 Several people have been killed in wildfires in the US, where tens of thousands have been told to flee their homes as firefighters battle dozens of major blazes across large parts of California and its neighbouring state of Oregon.

There, its governor, Kate Brown, has said hundreds of homes have been destroyed and the devastation could become overwhelming.

“This could be the greatest loss of human life and property due to wildfire in our state’s history,” the Oregon governor told reporters, calling the fires “unprecedented”.

Firefighters were struggling to try to contain the blazes and officials in some places were giving residents just minutes to evacuate their homes.

“It was like driving through hell,” Jody Evans told local television station NewsChannel21 after a midnight evacuation from Detroit, about 50 miles (80km) west of Salem, Oregon’s capital.

The fires trapped firefighters and some residents and levelled an entire small town in eastern Washington.

Winds of up to 75mph helped to fan dozens of fires across Washington state and Oregon that rarely experience such intense blazes because of the Pacific Northwest’s cool and wet climate.

Since Tuesday, as many as 16,000 people have been told to abandon their homes.

“These winds are so incredible and are spreading so fast, we don’t have a lot of time,” said Clackamas County Sheriff Craig Roberts.

A 12-year-old boy and his grandmother died in a wildfire near the Santiam Valley community of Lyons, about 50 miles south of Portland, according to KOIN News.

The fire also was suspected of causing at least one death outside of Ashland, said Rich Tyler, spokesman for the Oregon State Fire Marshal.

A one-year-old boy was also killed and his parents severely burned fleeing a fire in Okanogan County, Washington, police said.

Hundreds of miles away in northern California, the remains of three people were found in two separate locations, according to Sheriff Kory Honea, bringing the total death toll from this summer’s spate of wildfires in the state to at least 11.

One of the victims was found in a car, apparently attempting to flee the fires, California Highway Patrol Officer Ben Draper told reporters.

Around 64,000 people were told to leave their properties as crews tackled 28 major fires there.

About a third of those evacuees were displaced in Butte County alone, north of Sacramento, where a wildfire has scorched more than 200,000 acres since it started last month.

Hundreds, if not thousands, of homes and other buildings are believed to have been damaged or destroyed by the blaze northeast of San Francisco, fire officials said.

The fire has also threatened Paradise, a town devastated just two years ago by the deadliest blaze in state history that prompted a traffic jam as panicked residents tried to escape.

Thick smoke choked much of the state and cast an eerie orange hue across the sky on Wednesday.

Daniel Swain, a climate scientist at the University of California, Los Angeles, conservatively estimated the fire had burned about 400 square miles in 24 hours.

“The unbelievable rates of spread now being observed on these fires – it is historically unprecedented,” he tweeted.

The US Forest Service, which had taken the unprecedented measure of closing eight national forests in Southern California earlier in the week, ordered all 18 of its forests in the state to close for public safety.

California has set a record with nearly 2.5 million acres burned already this year, and historically the worst of the wildfire season does not begin until the autumn.

Messi and Barcelona: The inside story on how everything fell apart, and what’s next
Lolesio firmly in mix for Bledisloe debut
ISS forced to move to avoid collision with space junk
Twins’ Donaldson: Umps have ‘no accountability’
Theresa May attacks ‘reckless’ Brexit bill and warns of ‘untold damage’ to UK