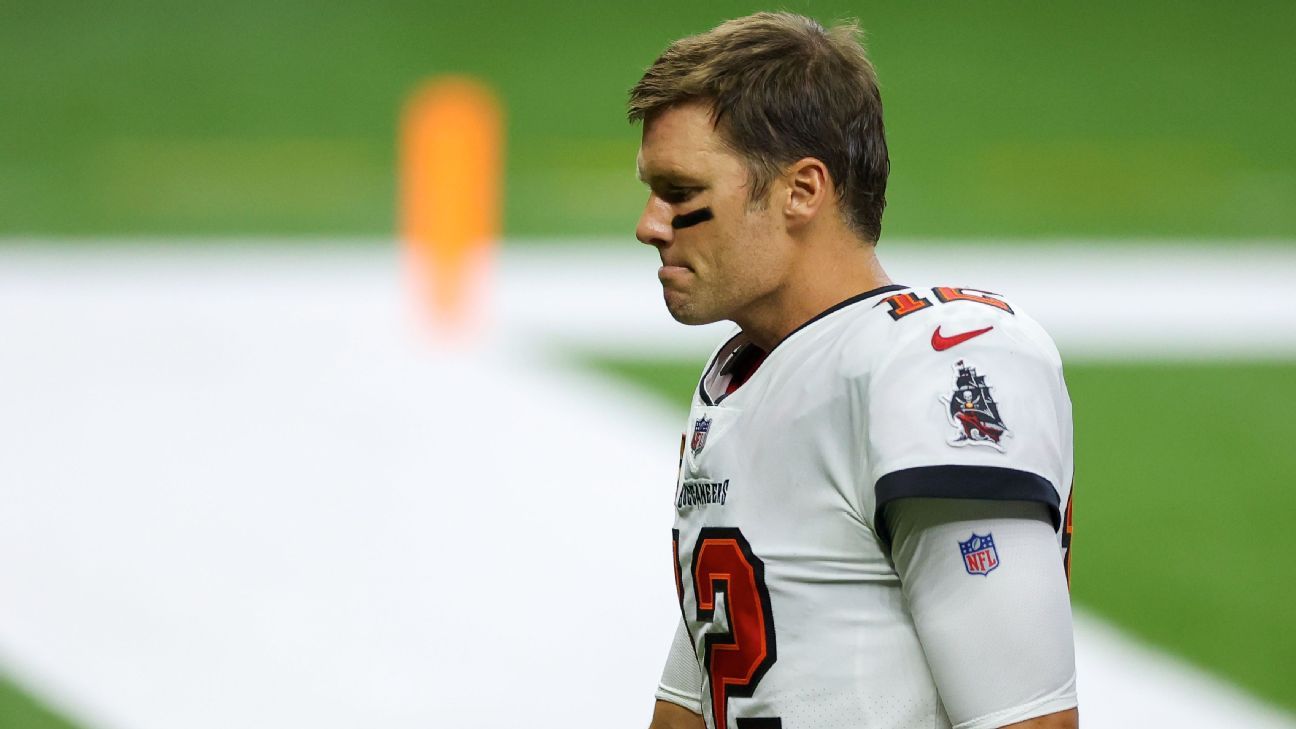 “Getting to Bruce Arians’ comments, true or not, I think the last person you want to call out after the first game of the year is Tom Brady,” Favre said Tuesday on “The SiriusXM Blitz with Brett Favre and Bruce Murray.” “Now, maybe they had a mutual truce going into the game, going into the season, ‘Hey, I’m going to be hard on you. I want the guys to know we’re going to treat you the same even though technically I’m not, so are you OK with it?’ If they have that truce, great. If not, I think you are barking up the wrong tree.

After the game, Arians was asked about Brady’s two interceptions. He responded, “One was a miscommunication between he and Mike [Evans]. He thought Mike was going down the middle — it was a different coverage — Mike read it right. He should have been across his face, but Tom overthrew it.

The other one was a screen pass with an outlet called. He threw the outlet and it was a pick-six. Bad decision.”

Arians corrected himself Monday, saying Evans was actually at fault for the first interception. But Favre still took issue.

“Dissension could easily enter quickly,” said Favre, who has a unique perspective, having spent 16 seasons with the Green Bay Packers before going to the New York Jets in 2008 and Minnesota Vikings from 2009 to 2010. “Maybe the Saints didn’t do anything that they were not ready for other than we didn’t protect very well, Tom gets hit a couple of times, you get a little jittery, it happens.”

“First half of the Super Bowl against the Falcons he was getting nailed, played lackluster at best. They went in, had a come-to-Jesus at halftime, they don’t even come close to touching him in the second half and he’s flawless. So they clean up the protection, the timing, the chemistry will come. Will it come overnight? I highly doubt it, but it will come pretty quickly, though, and they very easily could be 4-1 after five weeks.”

After facing the defending NFC South champions, the Bucs take on the Carolina Panthers at home this week, followed by the Denver Broncos on the road in Week 3, the Los Angeles Chargers at home in Week 4 and at the Chicago Bears in Week 5 on Thursday night. Those teams after Week 1 are a combined 2-2 but finished 25-39 last season. The Panthers, however, have made wholesale changes to their organization, hiring Matt Rhule as their new head coach and bringing in a new quarterback in Teddy Bridgewater.

“Tom’s performance was not what we’ve come to expect from him, but I’ll say this, it wasn’t far off,” Favre said. “[After] the first drive, I think most people said, ‘Well, he hasn’t missed a beat. That’s typical Tom.’ I was a little bit surprised at how he started. I was not surprised with how the rest of the game unfolded. New team. He’s been in a familiar environment forever.”

“And then all of a sudden not only is he with a new team, football in itself is totally different right now. No preseason. Yeah, we saw, we heard where he was getting some kind of workout in, whether it be virtual or in the parking lot. But, look, it’s not even close to the equivalent of real bullets. And they protected OK. Tom, you know, if you protect him he’s gonna pick you apart, I don’t care if it is new receivers or not. And it just wasn’t typical protection. I’m not blaming the line, I’m not blaming Tom Brady.”

The biggest issue for Favre, though, was Arians pointing out Brady’s mistakes publicly, although that’s nothing new for Arians, who doesn’t care much for coach-speak and is much more apt to speak freely and say what’s on his mind. He called out Carson Palmer when they were with the Arizona Cardinals, too, saying after a come-from-behind 16-13 win over the Indianapolis Colts in 2017, “The quarterback has to play better. Simple.”

Arians did the same to Calais Campbell after a career-high three-sack performance against the Seattle Seahawks, saying, “He could play better,” Arians said. “He had potential for a five-sack day. Three sacks is nice when it comes to sacks, but he’s a better player than that.”

He called out the entire Cardinals receiving corps in 2017. He said last training camp that a few players “crapped their pants in pads.” After the final game of the 2019 season, he said of Jameis Winston, “We can win with him. We can definitely win with another one, too.” And this year, he called out Rob Gronkowski for his lack of conditioning during camp.

But Favre believes in the unspoken rule of a coach not publicly criticizing his quarterback.

“Bruce Arians is the head coach, he’s gonna do it the way he wants to do it — and I’m not saying that it’s right or wrong — but what’s happened in New England for so many years is that it worked,” Favre said. “And I’m not saying that it’s the right formula, but it certainly is one of the right formulas. I just don’t see any good that comes out of calling your quarterback out.

Chandler signs with UFC, to back up title fight
Venezuela goes to court over £800m of gold held by Bank of England
Chastain to drive No. 42 car for Ganassi Racing
Students must be allowed to return home to their families at Christmas, insists Labour
Starmer calls on Labour to rediscover patriotism in first conference speech