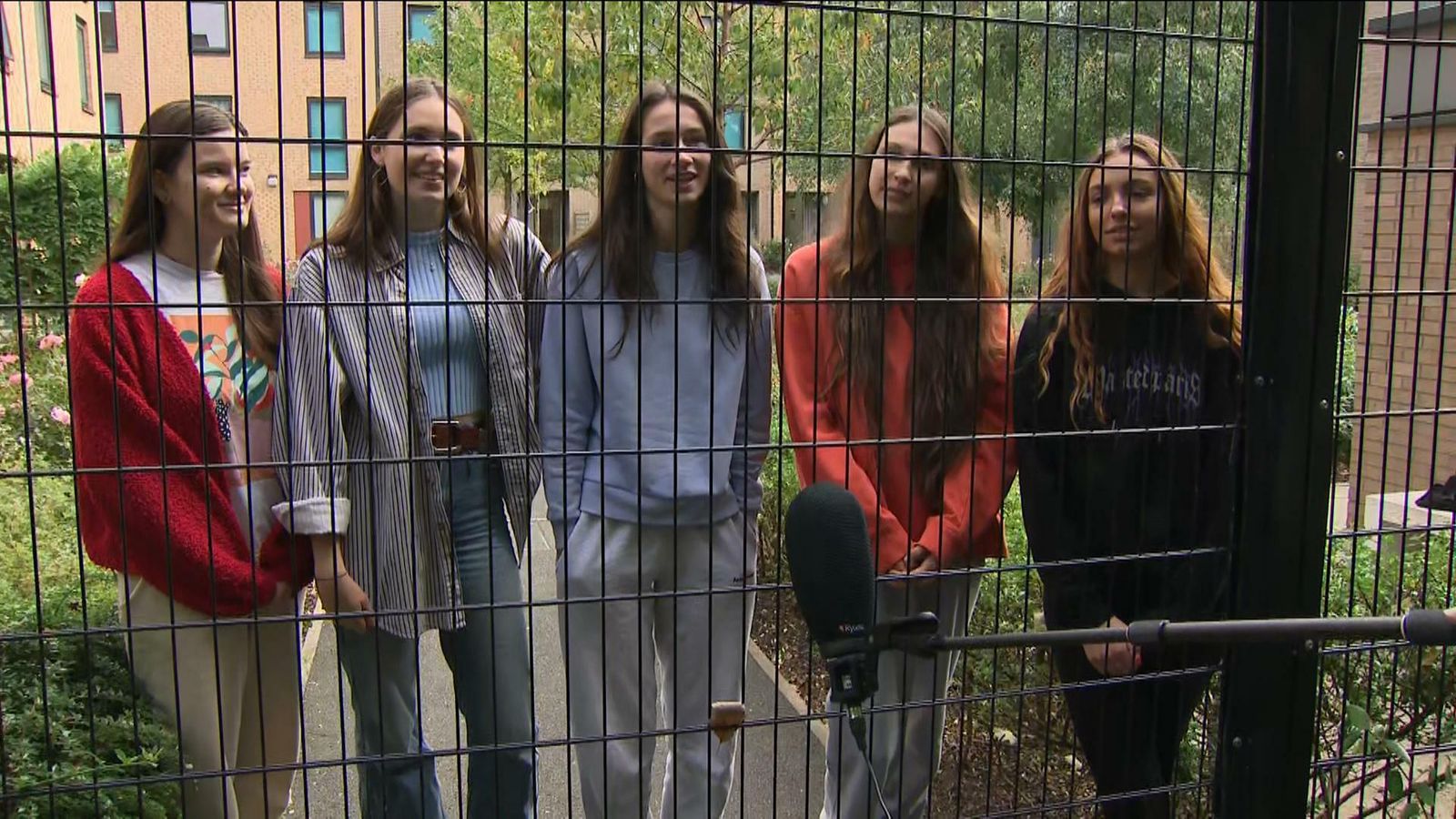 The government must promise university students they will be able to return to their families for Christmas, Labour’s shadow education secretary says.

Kate Green has written to Education Secretary Gavin Williamson calling for “urgent clarity and reassurance” on the matter.

It comes after 1,700 students at Manchester Metropolitan University were told to stay in their rooms for two weeks after 127 tested positive for the coronavirus.

Across the UK, at least 32 universities have confirmed cases and more than 510 cases have been identified among students and staff since universities reopened, according to data collected by Sky News up to 25 September.

Government scientific adviser Sir Mark Walport had said that students may have to stay in halls when term ends to prevent them spreading the infection to older relatives.

But Ms Green said: “Leaving home to go to university should be a momentous and exciting step for young people and their families.

“Universities have done all they can to prepare for students’ safe return, but the government has again let young people down.

“It is unthinkable that students will be locked in their rooms and unable to return home to spend Christmas with their families. The government must promise that this will not happen, and work with universities to enable every student to access tests so that they can travel home safely.

“The government should also consider a delay to the start of term or a pause in migration for universities where term has not yet begun to allow improvements in testing capacity and remote learning provision.

“Gavin Williamson must urgently come to parliament and set out how he will resolve the critical situation in our universities that is causing such anxiety for families across the country.”

A Department for Education spokeswoman said: “The government is working closely with universities to ensure they are well prepared for the return of students, and we have published guidance to help them keep students and staff as safe as possible.

“Students should follow the latest health advice, just like the wider public, which means they should stay at university in the event that they have symptoms, have to isolate, there are additional restrictions imposed locally, or there is an outbreak on campus or in their accommodation.

Meanwhile, Glasgow University has agreed to refund students one month’s rent as well as a £50 payment for food.

It follows 124 cases of the virus reported at the university on Thursday.

The number of food parcels to those in isolation will be increased, along with the provision of cleaning materials, bedding and towels.

University principal Professor Sir Anton Muscatelli said: “We are offering everyone in our residences, regardless of whether they are isolating or not, a one-month rent refund to compensate for the disruption they are facing, and any financial hardship they may have encountered.”

“This isn’t the start of academic life we would wish for anyone,” he said, adding thanks to those who were isolating for “playing their part”.

NHL postpones Winter Classic, All-Star Game
The heat maps that show why Greater Manchester has moved to Tier 3 – but why there’s no sign of national ‘firebreak’
High steaks for veggie burgers as EU rules whether they can keep ‘misleading’ meaty name
Daniel Cormier: This is the Khabib Nurmagomedov I know
Devils sign veteran Kulikov for 1 year, $1.15M