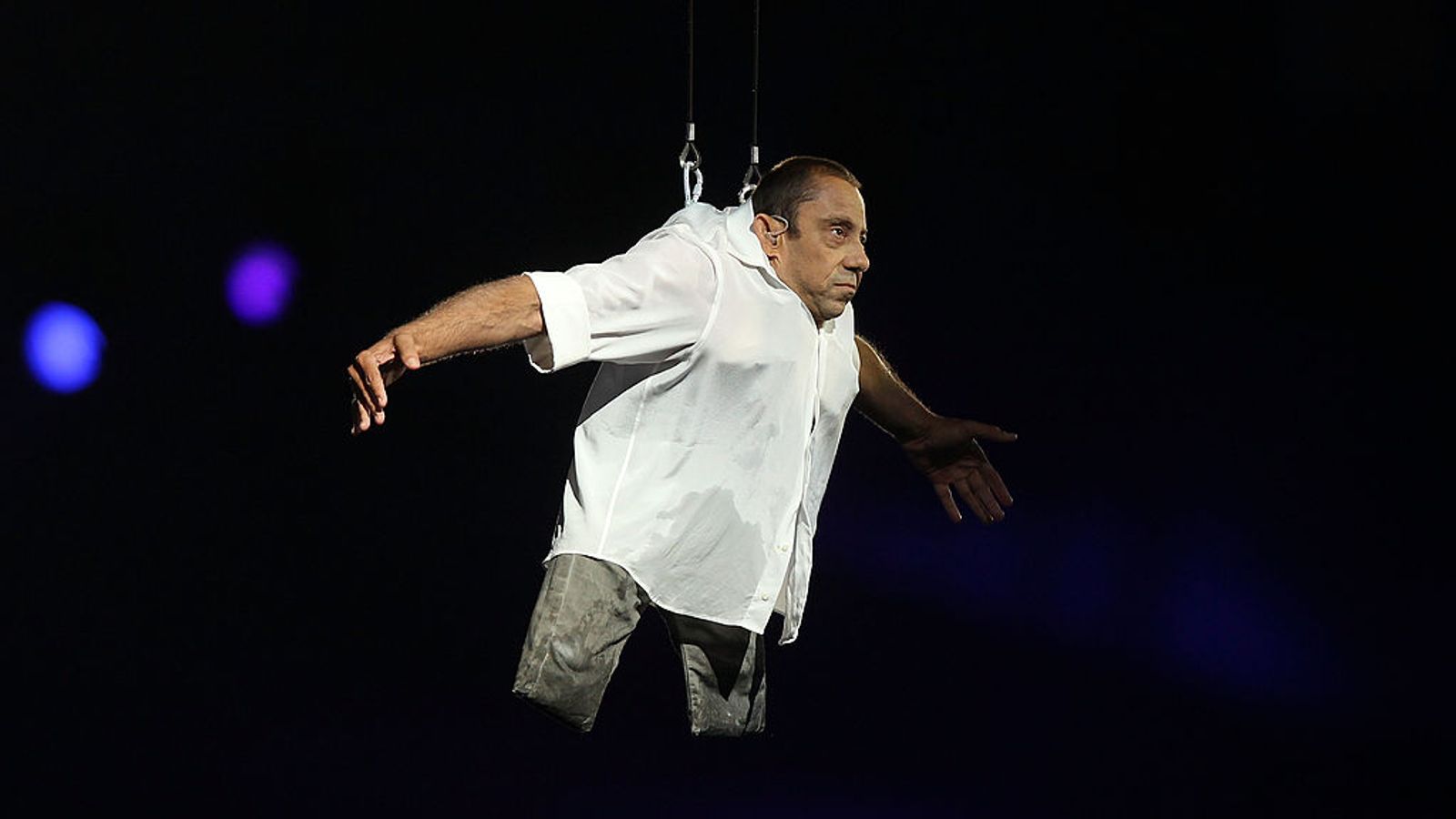 Dancer David Toole, best known for his performance during the opening ceremony of the London 2012 Paralympic Games, has died.

The 56-year-old died in hospital in his home city of Leeds. His cause of death has not been released. He was born with sacral agenesis, which means his lower spine and legs did not develop properly during pregnancy.

Mr Toole had his legs amputated when he was a child, but that did not stop him from working as a dancer.

He began performing in 1993, aged 28, and starred in The Tango Lesson, Amazing Grace, and also worked with the Royal Shakespeare Company.

In 2012, he was cast as a dancer in the opening ceremony of the Paralympics, performing to Bird Gerhl, sung by Birdy, and suspended in the air and flown around the stadium.

He won praise for the emotive dance, which he described as a “crazy moment”.

Speaking to the BBC in 2013, he said: “I had to look at the girl who played Miranda, who was coming up the other way.

“We’d been told: ‘Don’t smile, don’t react.’ We just wanted to laugh because it was the most insane thing we’ve ever done. But we couldn’t because the world’s watching.

“You have these moments – you’re waiting to go on and you’ve got Sir Ian McKellen on one side and Stephen Hawking on the other, and you go, this is just crazy.”

Last year, he was given an OBE for services to dance and to people with disabilities.

“The most unique and leftfield man ever and funny beyond words. And of course, an extraordinary performer and a unique brilliant dancer.”

Alan Lane, artistic director of the Slung Low theatre company, which confirmed his death, said: “We are all so sad to hear of Dave Toole’s passing.

“It was such a privilege to make so many adventures with him. He had an extraordinary talent; he was a brilliant actor and the very finest dancer we’ve ever seen.”