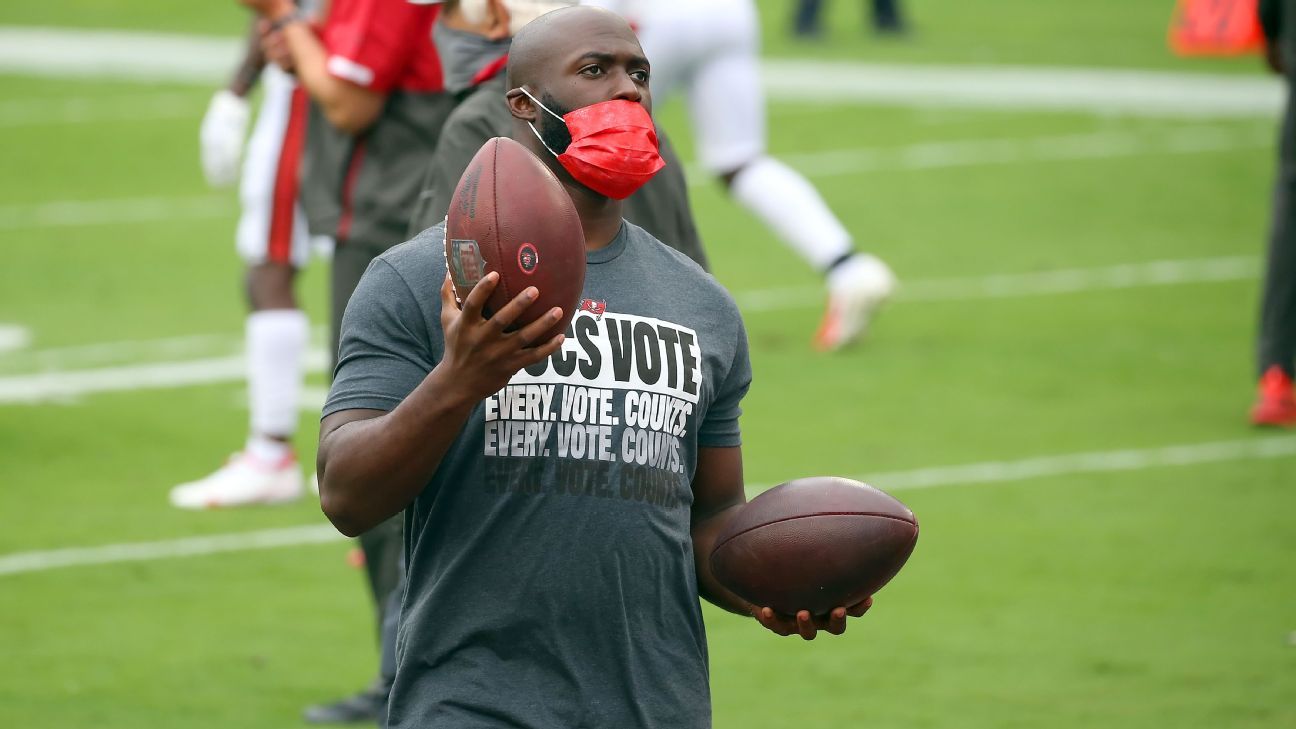 Tampa Bay Buccaneers running back Leonard Fournette, listed as questionable for Sunday’s home game against the Green Bay Packers, is expected to be active but limited, a source told ESPN’s Adam Schefter.

It is not expected to be a regular workload for Fournette, whose ankle injury is improving but still not 100 percent.

Fournette was limited in practice all week.

Fournette suffered the injury on a run play while being tackled early in the fourth quarter of Tampa Bay’s Week 3 game at the Denver Broncos. He missed the team’s win over the Los Angeles Chargers the following week and was active for last week’s game against the Chicago Bears, though only in an emergency capacity, with his lone snap coming on a kneel-down.

Fournette has rushed for 123 yards on 24 attempts this season, with two touchdowns.

Why it’s vital for black people to ‘feel seen’ and ‘feel loved’ in TV and film
Huawei founder among ‘losers’ in China’s battle of the billionaires
Premiership: Wasps’ finals place in doubt
Another 21,242 COVID-19 cases and 189 deaths recorded in UK
Real or not: Justin Gaethje will take Khabib’s title, then call out Conor McGregor