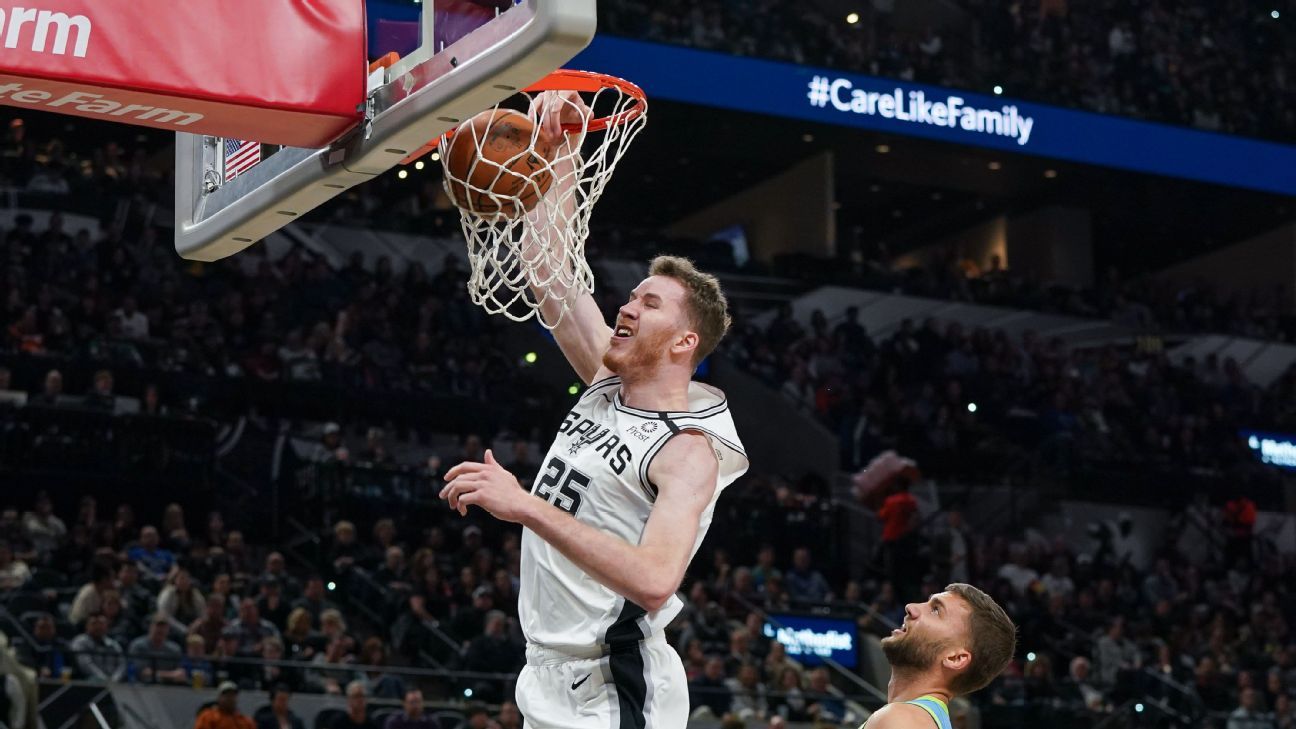 Poeltl, 25, was part of the Kawhi Leonard trade with the Toronto Raptors in 2018, joining the Spurs in the four-player deal and eventually becoming an occasional starter for them in the two seasons since.

The 7-footer never has been much of a scorer, averaging just 5.5 points in his four NBA seasons, with the bulk of his attempts inside 10 feet. He has yet to average more than 18 minutes per game, despite starting 42 games for San Antonio in his two seasons there.

But the native of Austria was valuable to the Spurs when he did play, leading them in blocks (2.9) and ranking second in rebounds (11.5) per 36 minutes, while showing good agility for his size.

LaMarcus Aldridge‘s pending free agency after the 2020-21 season could have factored into the Spurs’ decision on whether to keep him.