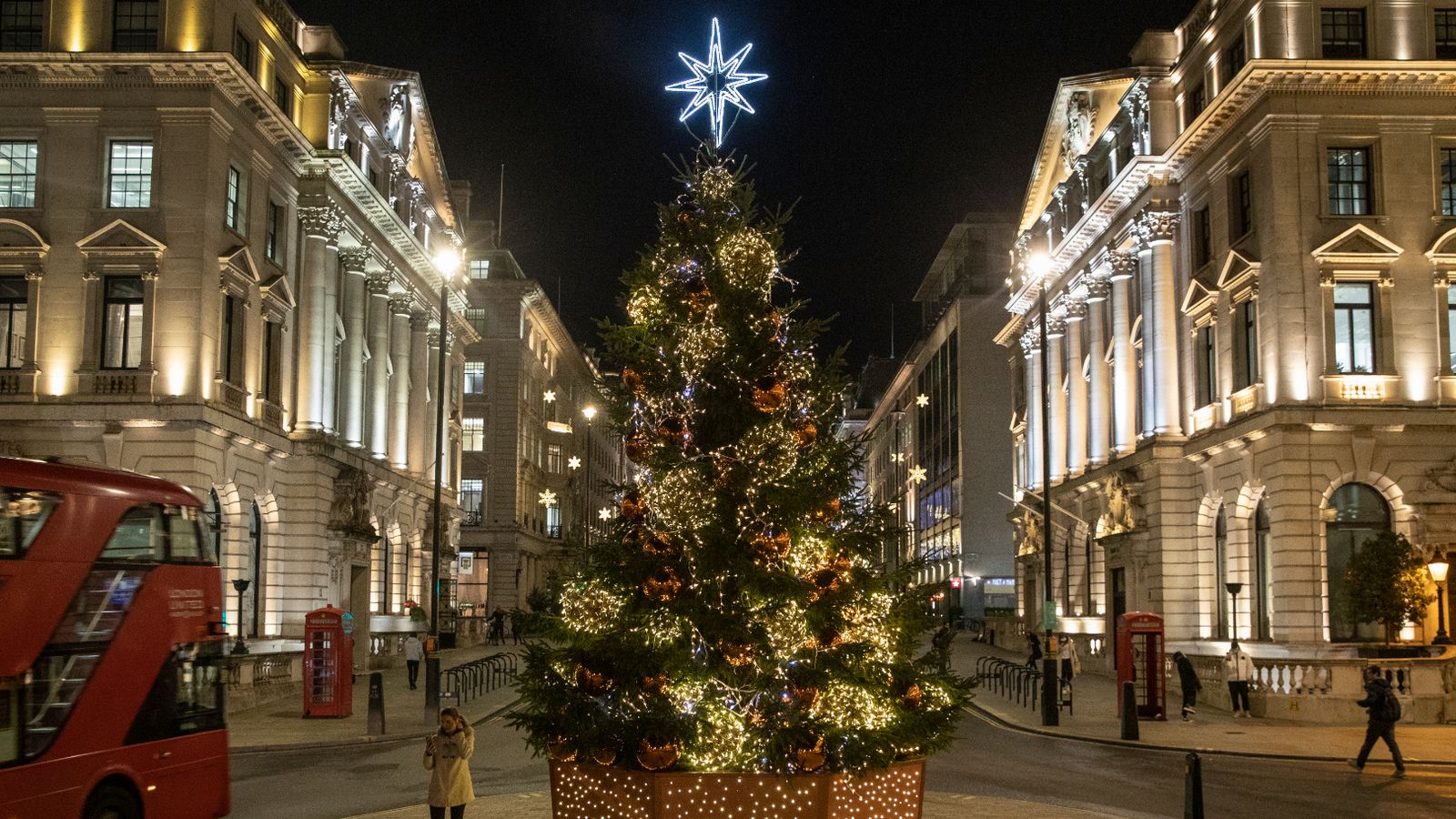 All eyes are on Boris Johnson and what coronavirus restrictions will be rolled out across England when the national lockdown ends and how much those will be relaxed over Christmas.

While some parts of the prime minister’s plan were announced overnight, he is spending Sunday working out the detail.

But Professor Calum Semple, who sits on the government’s Scientific Advisory Group for Emergencies (SAGE), spoke to Sky News to explain what the science says.

He told Sophy Ridge On Sunday about the kind of advice being offered to ministers on the easing of rules over Christmas, when a vaccine and “return to normal” could come, as well as how the regional tiers could be toughened up.

Peppered with plenty of optimism, these are his takes on how the next eight months could play out.

Will rules be relaxed over Christmas and is it a good idea?

In reality, we cannot ban Christmas. To do so would just lead to breaches – and what are you going to do about that?

So instead what we’re looking at is getting the R number down, but also getting the absolute number of cases down.

There’s real good news here: Nationally, we’re seeing cases in the community fall and in those areas that went into Tier 3 before lockdown, we’re already seeing the tide turning with the number of hospital admissions and we’ll shortly see the number of deaths reduce, as well.

So there’s every reason to believe that when lockdown is lifted, many areas will be able to go into lower tiers and some areas will remain in higher tiers.

Then you’ve got the run up to Christmas – and hopefully, if the system works, we’ll be able to relax some regulations for a few days. But there will be a price for that.

Does that mean we’ll need to pay with five times’ longer of tougher restrictions?

Yes. In the round it’s right, but it shouldn’t be seen that it’s going to be draconian restrictions, it’s just going to prolong restrictions and higher-level restrictions for some areas and perhaps all areas as a whole.

We know that restrictions work, we also know we need to open up the economy so there’s a very difficult balancing act here.

When will vaccines be rolled out?

The vaccine priorities will inevitably be the most vulnerable and the frontline healthcare workers – it won’t be academics like me.

I think we’ll be seeing that phased out around Christmas and New Year because the vaccine’s already ordered and we’ve got excellent results.

And that’s what will give us the immunity, the broad immunity that allows us to return to normal.

So does that mean social distancing until next summer?

I doubt that because if we can vaccinate the frail and the elderly, then that will take the pressure off the groups that will be coming into hospital with severe disease.

We do still have a core of women aged between 20-50, 20-40 particularly, where we’re seeing three or four times’ admission of these women than men.

That’s really not been well-explained, but it does seem to match their roles in hospitality, healthcare and entertainment industries.

And many of them are going on to have long COVID, so there will be a strong push to get the vaccination throughout the community and not just focus on the elderly.

What tougher rules could businesses face in the refreshed regional tiers?

There’s some real surprises in here: The construction industry.

You’d have thought working outside wouldn’t be a risk, but many people in construction are actually working inside before buildings are made essentially COVID-safe.

But other areas are exactly as you’d predict – high risk around food production where it’s indoors, poorly ventilated, kept quite cold so you don’t have high airflows and workers are working very close together.

The other ones are quite obvious but you can’t do much about them: Health and social care is such a key part of society, we know that it’s associated with exposure and risk but we can’t shut that down.

Have pubs’ protection measures made much difference?

According to the data, we can still identify these as very high risk activities.

On an individual basis, there will be people that have adhered strongly to using these mechanisms of protection and that will have protected them.

But as in all things the underlying activity is risky. It doesn’t take much, you just touch your mask when you shouldn’t have, and you pick up the scissors and you adjust the hair and all of a sudden you’ve broken the barriers. It’s not just a case of ‘oh just bang on a mask and a visor’, it’s about not touching the face mask, it’s about washing your hands.

It’s difficult; it takes nurses and doctors years to learn how to do this properly, and it’s very very difficult if you’re a member of the public to get into the swing of using PPE correctly.

Should the 10pm alcohol curfew stay?

History has got a lot to teach us, and in the years of prohibition, they tried to change the drinking hours, they tried to say you could only drink if you had a meal and everyone’s very inventive – people find ways around it.

So I think fiddling at the edges of something like pub closing times is not an effective mechanism.

I think whatever iteration comes next will be better informed by understanding human behaviour and not driving us into an unintended consequence that can increase transmission such as closing the pubs early and everyone being turfed out onto the streets at once.

UK approves Pfizer’s coronavirus vaccine – rollout to begin next week
Boy, 13, fighting for life after being attacked by man with pole
UFC Fight Night results: Miguel Baeza remains undefeated with first submission win
The Undoing: There are plenty of suspects, but who actually killed Elena Alves?
Wildlife Photographer Of The Year – which is your favourite image?