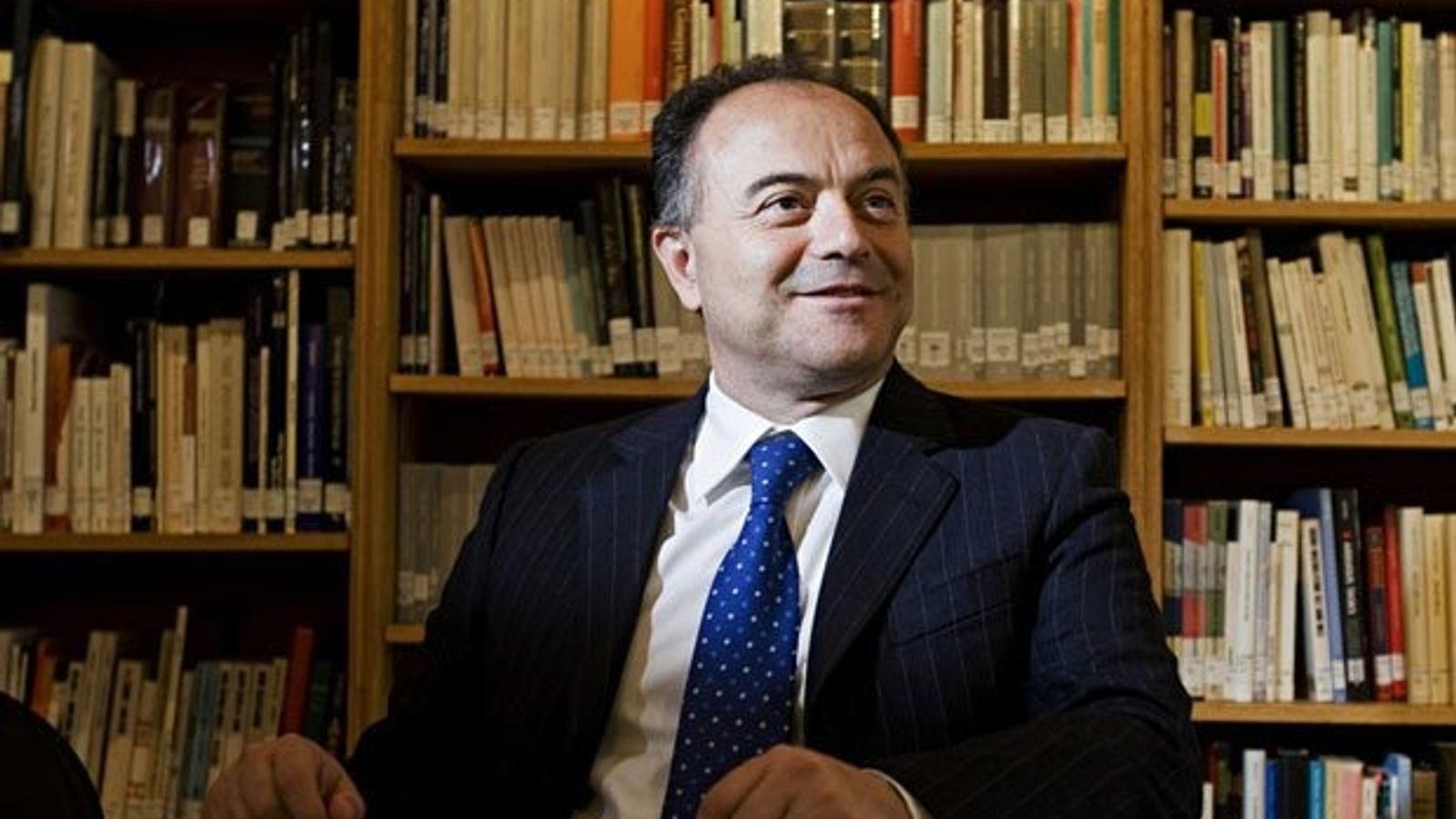 An Italian prosecutor, who has been called “dead man walking” by members of the Mafia, has told Sky News he will not be intimidated at the start of the biggest trial against the criminal syndicate in decades.

More than 350 people will face charges including murder, drug trafficking, extortion and money laundering – and Nicola Gratteri is the man who has overseen the case.

“You need to have broad shoulders and nerves of steel,” he said.

“You need to stay calm and not get caught up in emotion or tension. You need to rationalise every emotion because the goal is important and fundamental.”

Mr Gratteri is Italy’s most famous anti-Mafia prosecutor and, as a consequence, he and his family have had to live under police protection for decades.

It has meant sacrifices, but ones he says he is prepared to make.

“This means giving up everyday life, giving up the most trivial things, common things, any kind of freedom.

“But we feel very free inside us because what drives us to do this job are the motivations, to think and believe in something, to have a more free, more liveable and therefore more democratic territory.

“Any sacrifice, any risk, is overcome in the conviction of being right and useful to the freedom of the people.”

And yet he knows the very real risks he is taking.

This trial will target the Ndrangheta crime syndicate in Calabria and its alleged accomplices which include politicians, civil servants, police officers and business people.

Mr Gratteri saw the Mafia at work from when he was a child, he says.

“I spent my childhood in Calabria, at a time when dozens and dozens of people were killed.

“When I used to go to school from my village, several times I used to see dead people on the ground and I thought that as an adult I wanted to do something to prevent this from happening.

“Then outside school I also saw the children of the Mafia bosses who behaved like ‘little Mafiosetti’ and I didn’t accept this either.

“But I was lucky because I was born into a family of humble but honest people and this helped me a lot to make my personal choices right away.

“Having gone to school with people that subsequently I had to arrest and convict as an adult is something that marks, it is unpleasant, but it is our job.”

Such is the scale and security risk of this trial that a specially converted bunker court room has been created along with facilities to accommodate over 350 defendants, more than 700 lawyers and close to 1,000 witnesses giving evidence.

All at a time when coronavirus restrictions means social distancing has to be obeyed.

And the pandemic is a situation Mr Gratteri is concerned that the Mafia will exploit.

“I am worried that the Ndrangheta and the other mafias will be able to take advantage of the needs of merchants, hoteliers, restaurateurs in crisis, and that with the money from cocaine they can buy everything that is on sale and then through the purchase of these hotels, restaurants and pizzerias can launder money,” he said.

“This worries me. In addition, I am also worried about poor, needy people.

“If the state arrives late to give them subsidies, then the Mafia will take care of them and when there will be the elections these people will remember the help and vote for the candidate chosen by the Mafia boss.”

The trial is expected to last two years, but Nicola Gratteri has hope for the end of it.

“Therefore it is never wasted time and we are always convinced that it was worth it.”