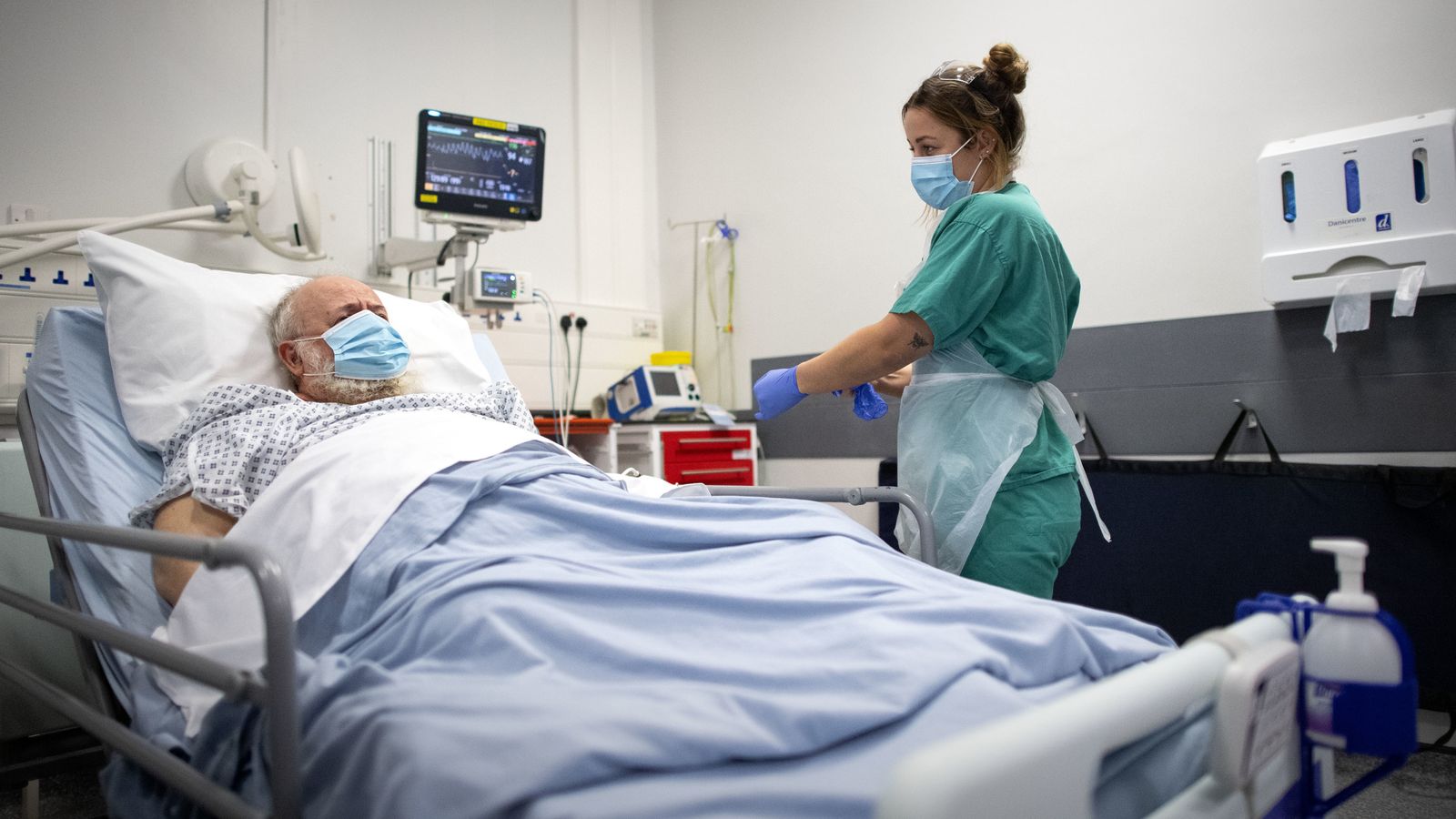 People who have had COVID-19 may have some immunity for several months but can still get reinfected and transmit the virus, according to a new study.

It means those who contracted the disease in the first wave may be vulnerable in the second.

The numbers were small, but researchers found 44 potential reinfections among 6,614 participants who showed evidence of previous infection.

Early evidence also suggests that a small number of people with antibodies may still be able to carry and transmit COVID-19.

Public Health England is reinforcing its message of “stay home, save lives” as a result.

Professor Susan Hopkins, strategic response director for coronavirus at PHE said the study had provided the “clearest picture to date of the nature of antibody protection”.

“We now know that most of those who have had the virus, and developed antibodies, are protected from reinfection,” she said.

“But this is not total and we do not yet know how long protection lasts. Crucially, we believe people may still be able to pass the virus on.

“This means even if you believe you already had the disease and are protected, you can be reassured it is highly unlikely you will develop severe infections but there is still a risk that you could acquire an infection and transmit to others.

“Now more than ever it is vital we all stay at home to protect our health service and save lives.”

Experts are warning that those with immunity may still be able to carry the virus in their nose and throat, and therefore there is a risk of transmission.

Tara Jane Langston was in intensive care last April after testing positive for COVID-19 during the first wave.

She filmed herself struggling to breathe from her hospital bed to try to encourage people to follow the rules.

Reacting to the study’s findings she said she was “scared” and described her fear of getting the virus again as “traumatic”.

“The thought of gasping for breath, the fear that you’re going to die,” she said, “…and the thought of passing it on to anybody is just horrendous, especially your loved ones, it’s an invisible scary thing isn’t it?”

Since June, PHE has been regularly testing tens of thousands of healthcare workers across the UK for new coronavirus infections as well as the presence of antibodies.

The study did not examine evidence of immune responses from COVID vaccines, and the period of study which was up to the end of November did not include the new variant.

Further studies will be undertaken to look at both.

Whilst immunity is believed to last for at least five months from first infection, experts said it could be seven or eight months, or longer.

Between 18 June and 24 November, scientists detected 44 potential reinfections – two “probable”, and 42 “possible” – out of 6,614 participants who had tested positive for antibodies.

“Your natural infection is like your first dose of the vaccine,” he said.

“Like a prime dose of the vaccine and then that’s boosted by the first dose, so you may have had like two equivalent doses of exposure to the virus to stimulate your immunity.

“And the reverse is true, if you got the vaccine first and then you have exposure in the community to the virus that’s almost like a booster for that vaccine.”