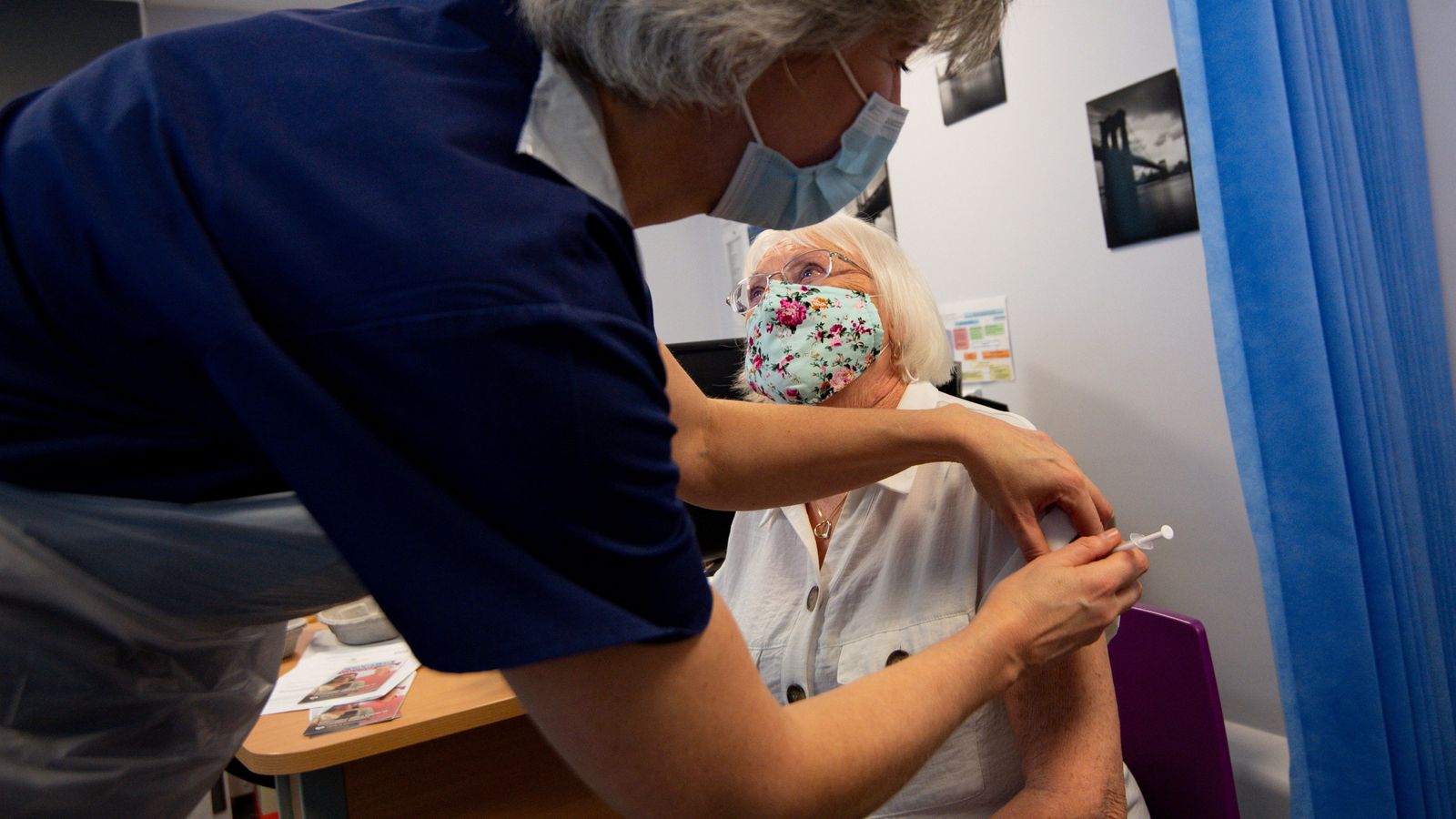 A regional breakdown of England’s vaccines rollout shows the Midlands leading the way in the number of jabs administered, while London has the lowest vaccination rate.

The city’s mayor Sadiq Khan has claimed the capital is not getting its fair share of doses, saying he is “hugely concerned”.

He said he would hold talks with vaccine minister Nadhim Zahawi “to ensure that we urgently receive an amount of the vaccine that reflects our size, density and the level of need in our city”.

The total number of vaccines administered across the UK currently stands at 2.639 million.

Analysis of the data by Sky’s Paul Kelso and Ganesh Rao points to London having the lowest vaccination rate of the regions.

Just 2.9% of people of all ages in the capital have received at least one dose of a COVID-19 vaccine – well below the 5.5% who have been reached in the North East and Yorkshire, the best-performing NHS region in terms of total coverage.

London and the East of England also have the lowest coverage of the most vulnerable over-80s cohort, according to the figures.

Fewer than 30% of of that age group have had the vaccine in the East of England, rising to 31.4% in London.

The highest rate for octogenarians is in the North East and Yorkshire, where 47.1% have been vaccinated.

The North West has almost 39% coverage, the South West and South East more than 37% and the Midlands more than 36%.

Mr Khan said: “I am hugely concerned that Londoners have received only a tenth of the vaccines that have been given across the country.

“The situation in London is critical with rates of the virus extremely high, which is why it’s so important that vulnerable Londoners are given access to the vaccine as soon as possible.”

The figures come ahead of UK daily vaccinations data due to be released later today by Public Health England.

US National Guard troops removed from inauguration over ‘links to far right’, reports
Djokovic: Aussie Open demands ‘misconstrued’
PM accused of ‘overruling’ Priti Patel’s call to shut UK’s borders
Helwani: How a calm, focused Conor McGregor surprised me as UFC 257 nears
Cubs’ Bryant not having as much fun as before