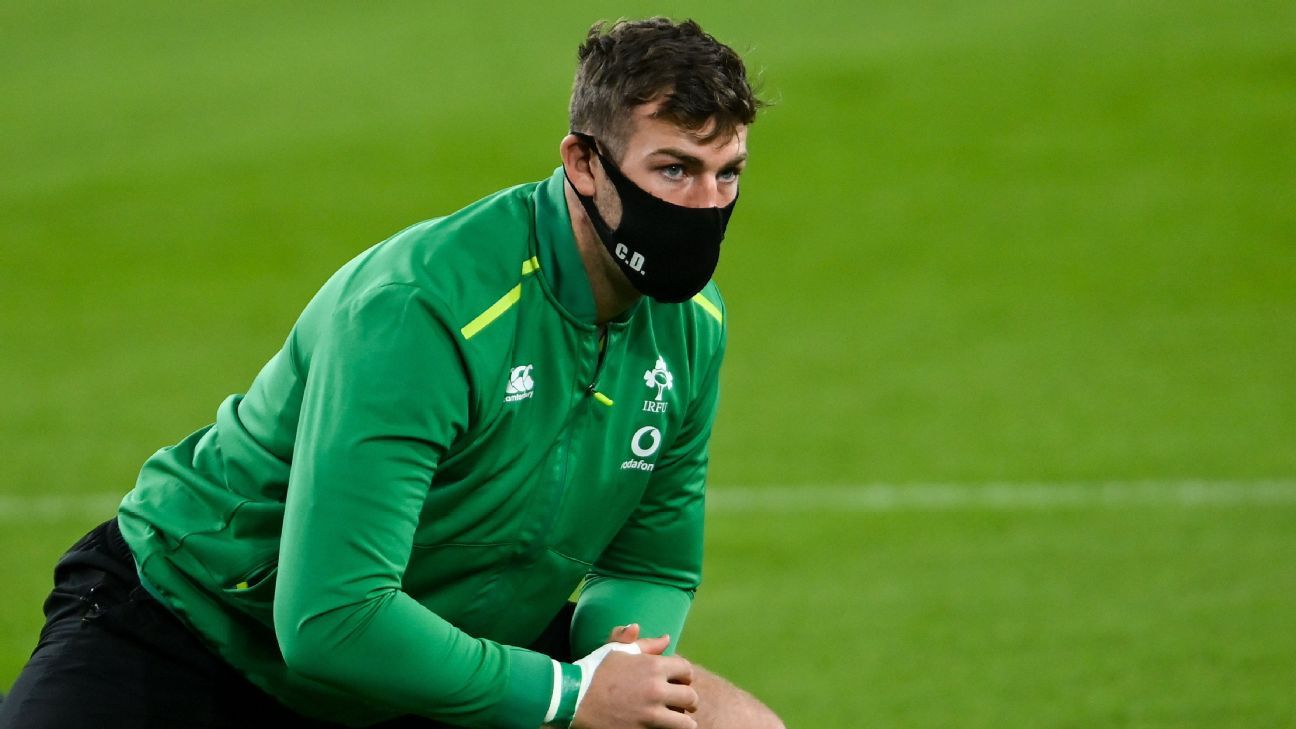 Ireland’s Caelan Doris is unlikely to return for the remainder of the Six Nations after coach Andy Farrell said the Leinster back-rower would be out for the “foreseeable future” because of concussion symptoms.

Doris, 22, had been named in the initial 37-man squad for the tournament but was withdrawn after reporting symptoms that could be associated with a head injury.

When asked if Ireland were expecting to continue without Doris, Farrell told reporters: “Yeah, we are for the foreseeable future.

“Caelan is getting well looked after, seeing the right people, getting the right advice, and making sure he’s comfortable on his return to play.”

Farrell also said he was confident regular captain Johnny Sexton and lock James Ryan would be fit for the game against Italy on Feb. 27 after the pair missed Sunday’s defeat by France.