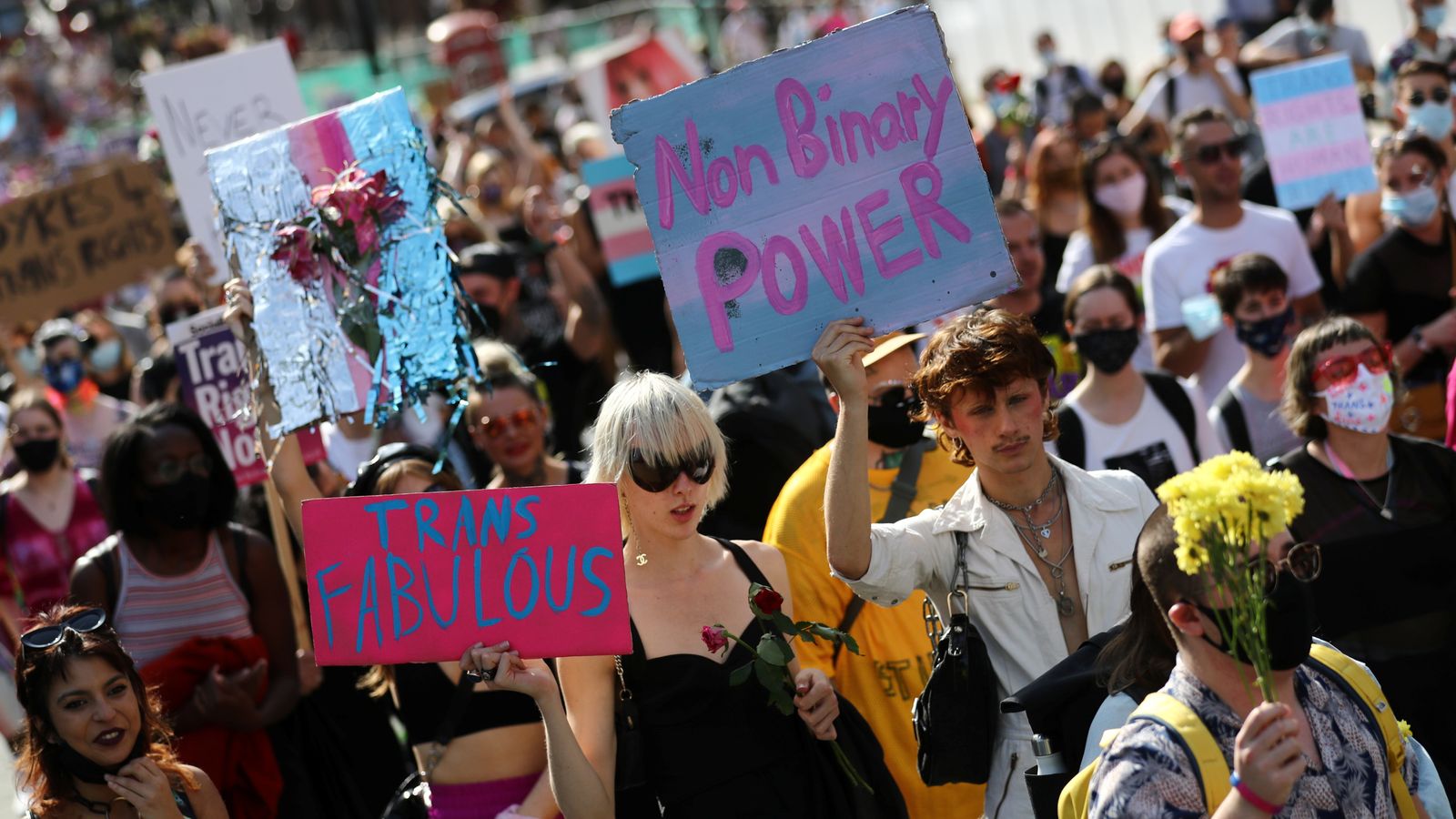 People wanting to legally change their gender will be able to do so for about £5 from next month instead of £140, government sources said.

Under the existing Gender Recognition Act (GRA), a transgender person has to undergo a two-year waiting period, a review or appearance before a specialist panel, on top of paying £140, to change their gender legally.

LGBT+ campaigners have called for the system to be replaced with a simple statutory declaration and self-identification.

But equalities minister Liz Truss, following a public consultation launched in 2018, announced in September the government had rejected calls for people to be able to self-identify their gender and change their birth certificates without a medical diagnosis.

Ministers at the time said reform of the 2004 Gender Recognition Act was not the “top priority” for trans people.

Ms Truss said the cost of applying for a gender recognition certificate would be reduced to a “nominal amount” and moved online.

Government sources said the fee would be reduced to single figures – about £5 – from May.

Some LGBT+ groups said cost was a barrier to applying to change their gender legally, but some say the fee change is not enough.

Nancy Kelley, chief executive of LGBT charity Stonewall, said any fee “creates a barrier for some trans people” and called on the government to commit to a timeline of further changes to the process.

A spokesman from the government’s Equality Hub told Sky News: “The government is committed to making the process of applying for a Gender Recognition Certificate as straightforward and dignified as possible.

“We are progressing work at speed to simplify this process as well as reducing the fee and further details will be available imminently.”