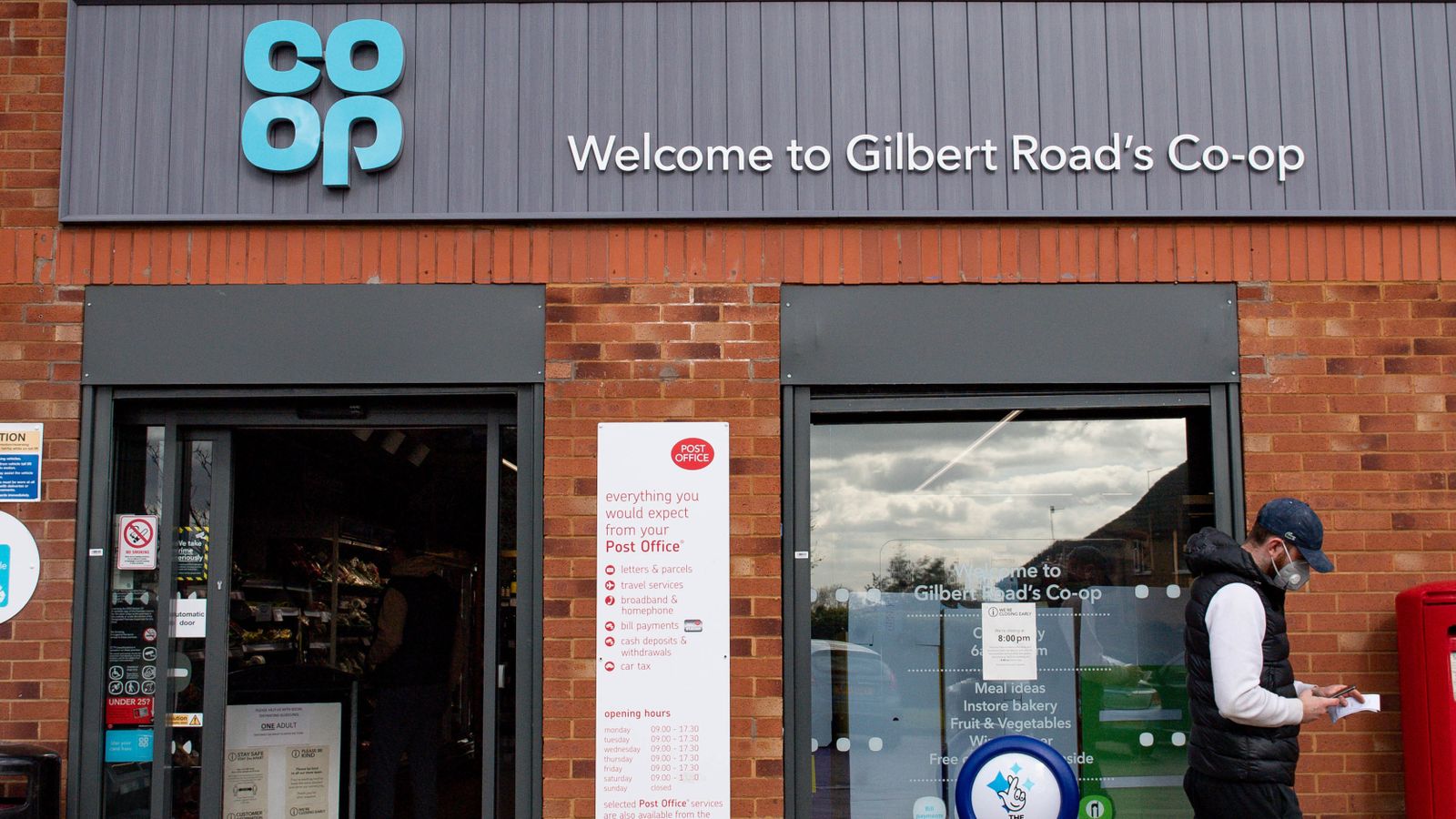 The Co-op Group is to hand annual bonuses to senior executives despite refusing to repay £65m in business rates relief it received from the government to support it through the pandemic.

Sky News can reveal that the mutual’s remuneration committee has decided to reward chief executive Steve Murrells and senior colleagues for their work last year – a move that insiders say could spark a fierce backlash from members and employees.

The size of the bonuses to be handed to executives will be disclosed in the Co-op’s annual report in the coming weeks, and was unclear on Thursday.

Confirming a report by Sky News, the Co-op said it would give back only part of the state support it received in the form of business rates relief and furlough funds during 2020.

The repayment equates to £15.5m of money used to pay furloughed employees’ wages – but not the £65m it received from the government’s rates move early in the COVID-19 crisis.

It follows a robust debate among Co-op board members, some of whom had argued that the mutual risked undermining its ethical stance if it did not repay government support in its entirety.

The prospect of a full-blown row is likely to be heightened by its decision to pay bonuses to executives.

The Co-op’s 2500 food stores remained open throughout the pandemic, and all of its listed supermarket rivals – including Tesco, J Sainsbury and Wm Morrison – repaid all of the business rates relief they received.

Defending the decision, Allan Leighton, the Co-op chairman, said: “We were grateful for the government support that allowed us to manage our businesses through the pandemic, particularly our Funeralcare business, which has been working with bereaved families in extraordinarily difficult circumstances, helping them mark the passing of loved ones at a time of national grief.

“The pandemic turned our plans upside down and, while our revenues went up marginally, our costs rose disproportionately.

“We welcomed money from the government on the basis that it was not a loan and we would not need to pay it back – and we took business decisions accordingly.”

By refusing to return all of the state funds, the Co-op, which proclaims a belief that “principles [are] more valuable than profits”, will join the likes of rival supermarket chain Iceland and Penguin Random House, the book publisher in retaining public money handed to it during the coronavirus crisis.

Britain’s other prominent retail mutual, the John Lewis Partnership, which owns Waitrose, has also said it would retain £190m of state support – although it plunged to an annual loss of more than £500m last year.

An internal debate about whether to repay the money has been further amplified by the fact that the Co-op received a sizeable windfall from the sale of its insurance arm and has invested millions of pounds in sponsoring a new entertainment arena in Manchester in the last 18 months.

The Co-op has said the arena project will create more than 4,000 jobs in total, and boost the local economy by more than £1.5bn over the next 20 years.

People close to the Co-op have pointed to a public pledge to paying the National Living Wage from this year as evidence of its commitment to doing the right thing.

The Co-op was also unlike many of its supermarket counterparts because it had not paid a dividend to its members for many years as it sought to rebuild its balance sheet in the wake of the crisis that brought it to the brink of collapse seven years ago, they have said.

The Co-op could not be reached for comment on the payment of annual bonuses to executives.