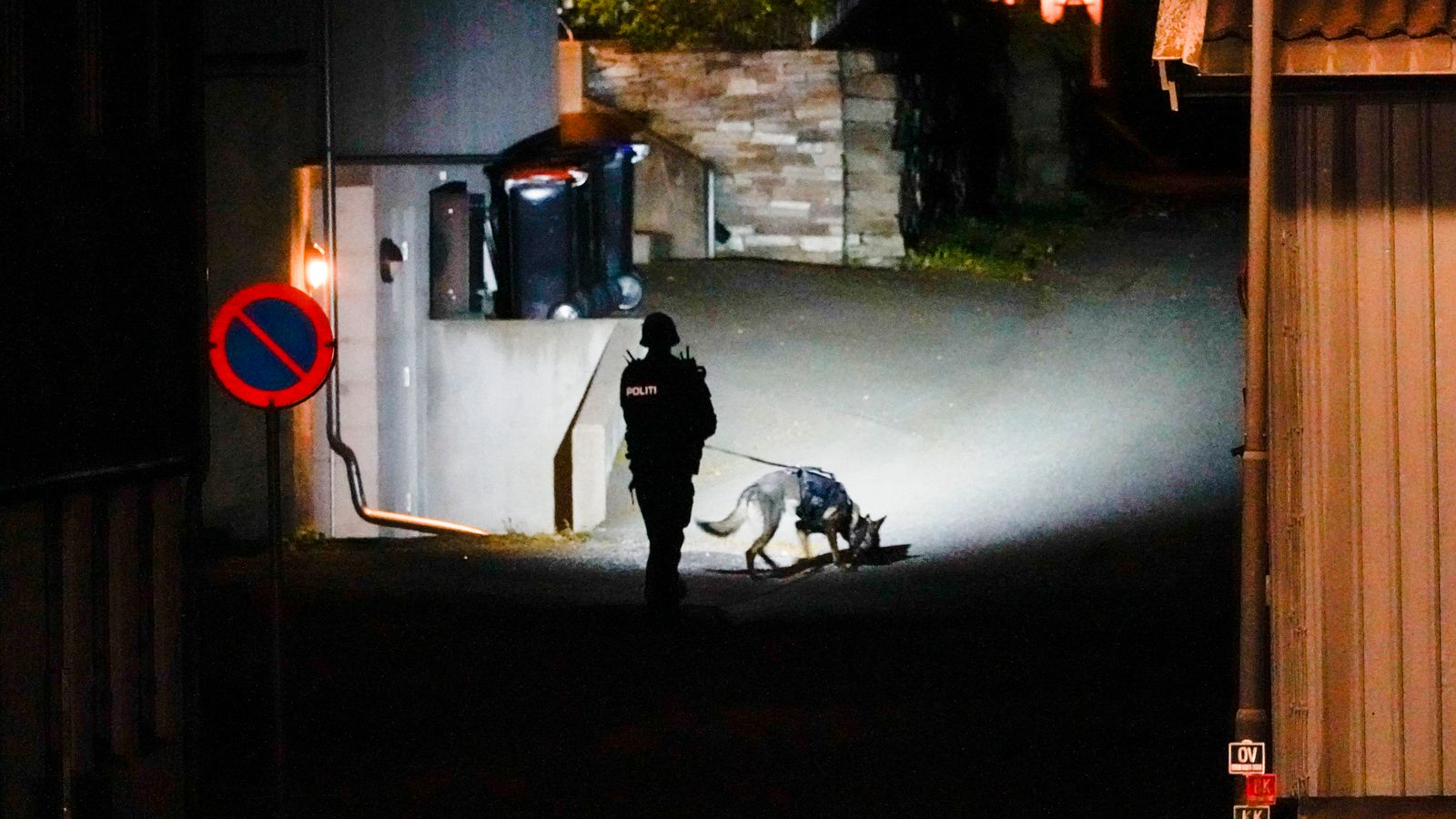 Several people have been killed and others have been injured in bow and arrow attacks in Norway, according to police.

The incidents took place in the town of Kongsberg, 82km (51 miles) southwest of the capital, Oslo.

A suspect has been apprehended by police, who believe he acted alone.

Police were called to the incident, in the centre of Kongsberg, at 6.30pm on Wednesday evening with additional resources sent from other towns, including Oslo.

Police chief Oyvind Aas said: “The man has been apprehended … from the information we now have, this person carried out these actions alone.

“Several people have been injured and several are dead.”

He declined to comment on the number of casualties.

The attacks took place over a “large area” of Kongsberg, a municipality of around 28,000 people in southeastern Norway, police said.

The injured people have been taken to hospital and Kongsberg council’s crisis team is giving help to those who need it.

Unni Grøndal, Oslo police spokesperson: “We are helping with national assistance resources such as police helicopters, bomb squads, and crews from the Emergency Response Troop.”

Norway’s minister of justice and public security, Monica Maeland, has been informed and is closely monitoring the situation.

Local media reported a large area on the west side of the town had been cordoned off, with investigations now underway.