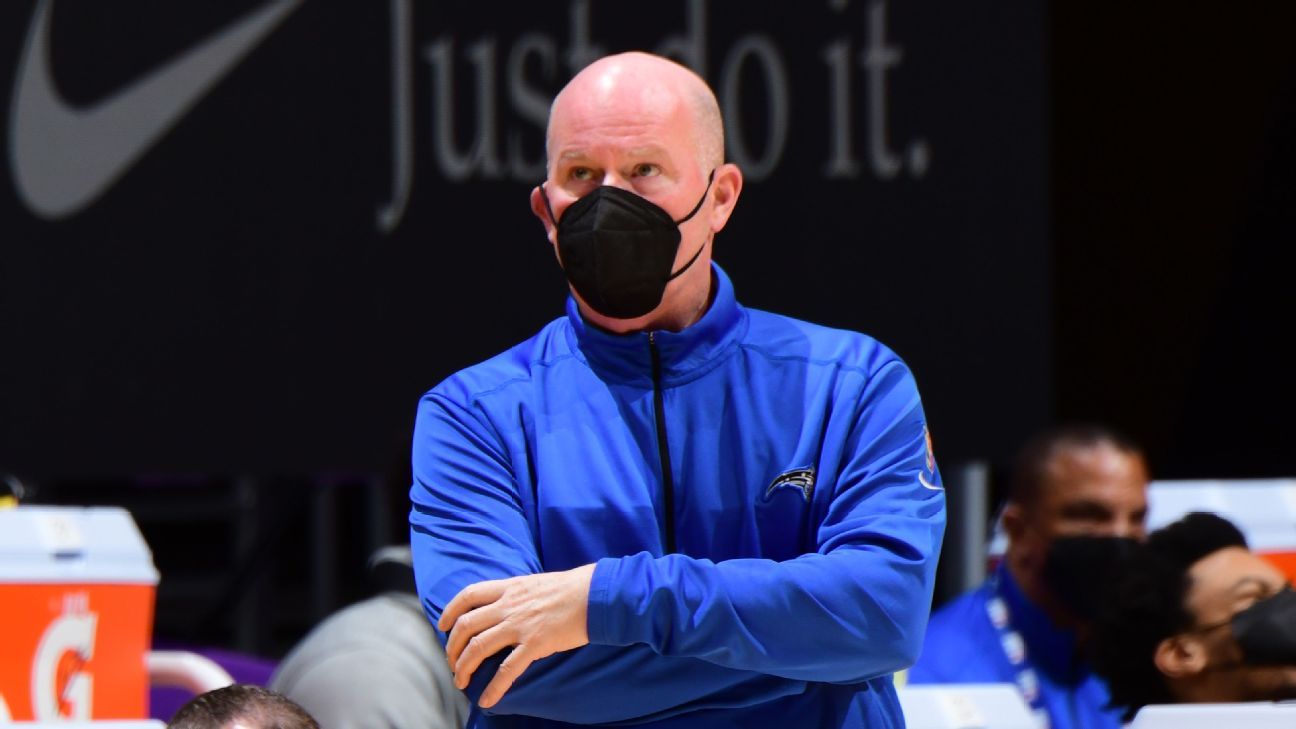 Orlando Magic coach Steve Clifford has cleared health and safety protocols and will be back on the sideline for Wednesday’s game against the Celtics, the team announced.

Clifford tested positive for COVID-19 on April 22. He then returned two negative tests the next day before again testing positive on April 24. He has missed the Magic’s past five games and will not be present for Monday night’s game in Detroit because the team traveled Sunday.

Clifford has received both doses of the Moderna vaccine, getting the second one the same day he tested positive on April 22. He is not yet considered fully vaccinated by the Centers for Disease Control and Prevention protocols; two weeks have not passed since his final dose. He told ESPN’s Adrian Wojnarowski last week that he had experienced no side effects from getting the vaccine and was asymptomatic.

Clifford has dealt with some health issues in the past. He missed 21 games because of problems caused by sleep deprivation during the 2017-18 season, when he coached in Charlotte. He also left Orlando’s game vs. the Timberwolves in March 2020 after experiencing dizziness caused by dehydration.

Magic assistant Tyrone Corbin has filled in on the Orlando bench during Clifford’s absence.

China Mars Probe Tianwen-1 to Attempt Landing on Red Planet Over Coming Days
UK’s Indian COVID variant cases more than double in a week
Phoenix close to offloading European arm to ELG in £550m deal
Exeger takes $38M to ramp up production of its flexible solar cells for self-powered gadgets
Fly Me to the Supermoon: Qantas Airlines to Take Passengers on Scenic Flight on May 26