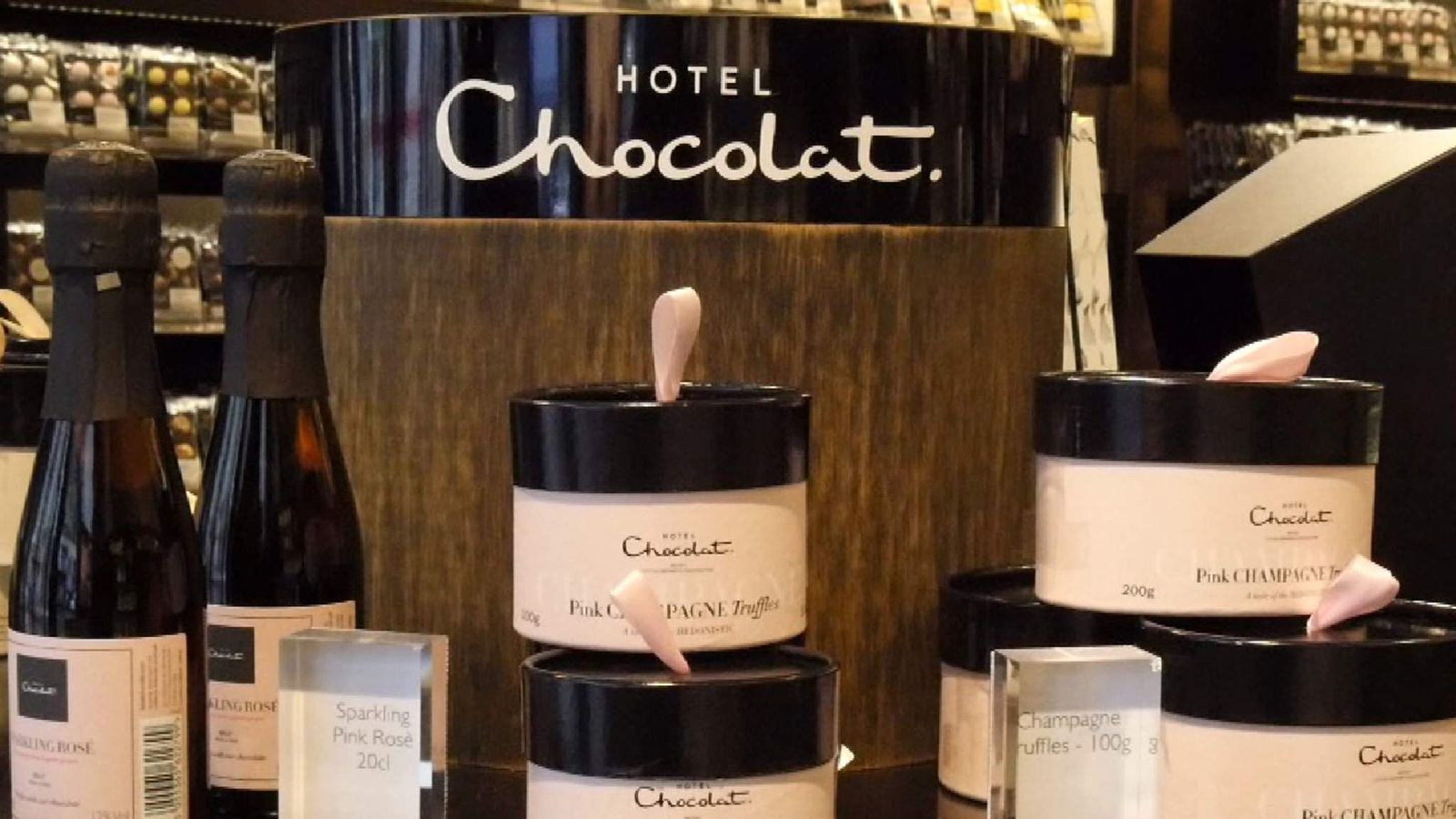 Hotel Chocolat is tapping shareholders for tens of millions of pounds in new equity as it eyes a post-pandemic spike in sales.

Sky News has learnt that the company plans to announce a share sale to raise in the region of £30m in the coming days.

Hotel Chocolat’s leading institutional investors are understood to have been sounded out about the proposal in the last few days.

It will be the second time since the start of the pandemic that the retailer has raised money from shareholders, announcing a £20m placing just days before the UK first went into lockdown in March last year.

That capital-raise was undertaken in order to fund Hotel Chocolat’s growth rather than to address any distress in its finances, and the latest share sale will have the same objective, according to a person close to the company.

Operating from 126 UK stores and a number in Japan and the US, its growth has largely come from digital channels during the last 18 months.

In a trading update last week, it said its recent performance had been strong, with a 66% increase in its UK customer database to 3 million since December 2019.

Bankers at Liberum are understood to be working on the equity-raise.

Shares in Hotel Chocolat were trading marginally higher late on Thursday morning, giving the company a market value of around £460m.

Norrman, Elvira share lead at Celtic Manor
‘Real prospect’ the Omagh bombing could have been prevented, judge rules
Safe swimming: The dangers, what to look out for and what to do in an emergency
‘A landmark in the history of women’s health’: Contraceptive pill can now be bought over the counter in UK pharmacies
Weather warnings for thunderstorms and strong winds as UK heatwave ends