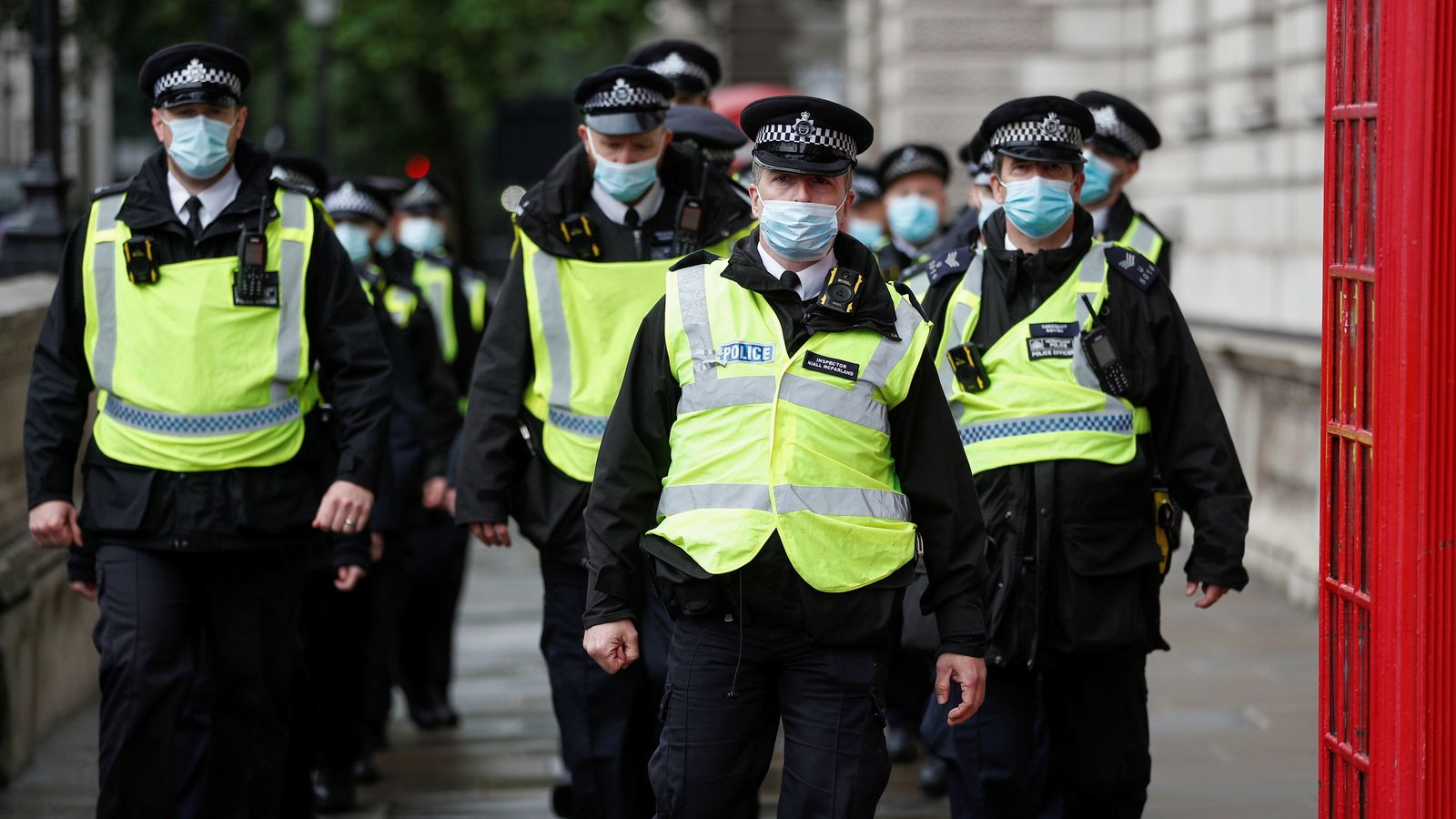 The Police Federation of England and Wales says it no longer has confidence in Home Secretary Priti Patel and has branded a pay freeze for officers “the
final straw”.

The body, which represents rank-and-file officers, has also withdrawn its support and engagement from the Police Remuneration Review Body, labelling the current pay mechanism “not fit for purpose”.

It added that officers “overwhelmingly supported” the measures.

National Chair John Apter said: “The move follows Wednesday’s pay announcement and Home Secretary Priti Patel’s claim that the government ‘recognises the bravery, commitment and professionalism’ of police officers, while offering no improved financial package to our members to illustrate that is the case.”

“I cannot look my colleagues in the eye and do nothing,” Mr Apter added.

The government announced yesterday it would give NHS workers in England a 3% pay rise backdated to April 2021 to recognise their pandemic efforts during an “unprecedented year” – but the sum was blasted as “paltry” and “shambolic”.

And Ms Patel confirmed that those earning more than £24,000 would be hit by a pay freeze, with those earning less than this sum to be given an annual rise of £250.

In a statement released on Thursday following a National Council meeting, the Police Federation said there is “enormous anger” among officers, with many believing the government “takes them for granted and treats them with contempt”.

“The warm words officers heard from the home secretary and the prime minister at PFEW’s (Police Federation of England and Wales) recent annual conference have not been backed up with action,” the statement reads.

“This week’s pay announcement essentially amounts to a pat cut. It is an insult to the thousands of brave men and women who do so much for their communities.”

And Mr Apter added: “We often hear the home secretary praise police officers but our members are so angry with this government.

“They have been on the frontline of this pandemic for 18 months and will now see other public services given pay increases while they receive nothing.

“At the beginning of this pandemic they endured PPE shortages and were not even prioritised for the vaccination.

“They continue to be politicised and this pay announcement is the final straw.

“As the organisation that represents more than 130,000 police officers I can say quite categorically – we have no confidence in the current home secretary. I cannot look my colleagues in the eye and do nothing.”

Police, along with prison officers, are legally banned from striking in England and Wales.

The home secretary announced the pay freeze for police officers in a written ministerial statement on Wednesday.

“This is in order to ensure fairness between public and private sector wage growth, as the private sector was significantly impacted by the COVID-19 pandemic in the form of reduced hours, suppressed earnings growth and increased redundancies, whilst the public sector was largely shielded from these effects,” the statement read.

But the Federation, that represents officers from the rank of constable to chief inspector, said officers had already suffered an 18% pay cut in real terms in the space of a decade.

And the National Police Chiefs’ Council (NPCC) said the government’s decision will make many officers feel “undervalued” and would be a “hard pill to swallow”.

“A zero percent pay offer is completely unacceptable – it is a real-terms pay cut, exposing the hypocrisy of a Conservative government that gives warm words of praise to the police and refuses to back it up with action,” he said.

The government also received backlash from teaching unions on Wednesday evening, with school leaders describing the confirmation of a pay freeze for teachers as a “slap in the face”.

In another written ministerial statement, Education Secretary Gavin Williamson said the School Teachers’ Review Body (STRB) had recommended a pay award of £250 for all teachers earning less than £24,000.

Paul Whiteman, general secretary of NAHT, the largest union for school leaders, said: “School leaders and teachers will be rightly angry that the government’s pay freeze will deliver yet another a 3-4% real terms pay cut next year, based on the Treasury’s own predictions of inflation.

“The teaching profession has long struggled to recruit and retain school leaders – NAHT’s survey evidence shows that the leadership pipeline is broken at all career stages.”

The government says that for the average nurse, this will mean an additional £1,000 a year. And the extra sum is expected to equate to around £540 for cleaners and porters.

But the Royal College of Nursing interim general secretary and chief executive Pat Cullen said: “After a shambolic day, comes a shambolic announcement.”

And Rachel Harrison, GMB national officer, said: “This was the opportunity for government to turn their clapping into genuine recognition. Their response is paltry. They have failed spectacularly.”