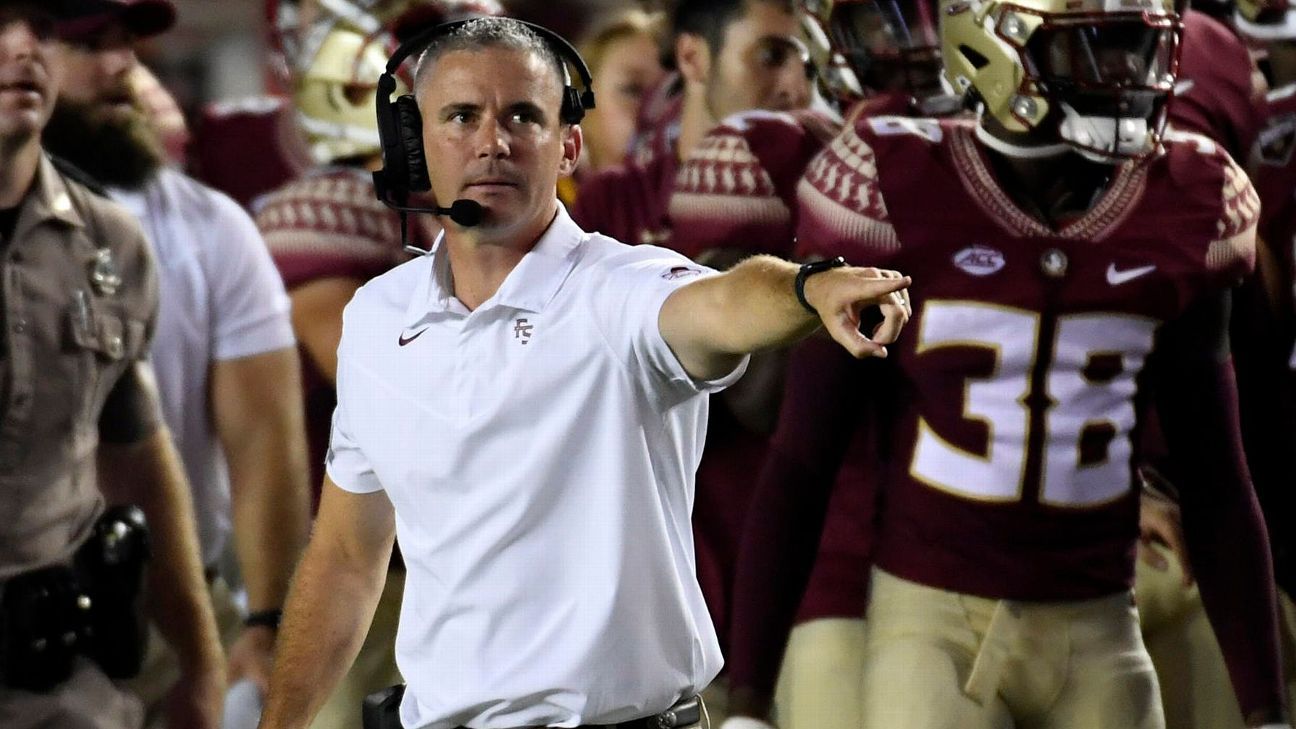 Florida State coach Mike Norvell described his team as “sick to their stomach” after losing to FCS Jacksonville State, and vowed his players would not quit on the season in the face of such a dispiriting loss.

During his Monday press conference with media in Tallahassee, a fired-up Norvell once again took full responsibility for FSU’s first FCS loss in school history, but said it was a teachable moment they would learn from as they prepare to open ACC play at Wake Forest on Saturday.

“This football team’s not going to quit,” Norvell said. “We have to build and get better, and we’re going to. This will be something we look back to. Nobody wants to have the experience, nobody wants to have the feelings, but it’s our opportunity to respond to it, and it’s our opportunity to go get better. That’s why last night we didn’t just sit out there and drag our heads around. Was anybody happy? No, they were sick to their freakin’ stomach about what happened Saturday night. But you go back out, and you go to work.”

On Saturday night, Florida State led Jacksonville State 17-14 with six seconds remaining. Rather than play prevent defense, the Seminoles wanted to rush four and make sure their defensive backs were in position to keep all routes in front of them. The Seminoles had two players in position to make a tackle after Damond Philyaw-Johnson caught the ball at the 21-yard line, but they both missed and it went for a 59-yard touchdown.

“I think there was a shock factor that just hit, and there were some guys that froze in the moment,” Norvell said. “Why does that happen? I’m not sure, but guys have to be able to overcome in those situations when they are pressure-packed.

“In the moment, you have your reasons why you do things. We didn’t finish, and obviously the play result can’t happen. As a coaching staff, we take responsibility for what happened. That’s on us. We’ve got to get it right. It’s sick to have to live with.”

In his first comments since the game, Florida State defensive coordinator Adam Fuller said he would not have made a different decision on the play call, even if there were less than 6 seconds on the clock.

“You’re always trying to make that decision — is it going to be more of a chunk play with a timeout for a field goal to tie, or is it going to be a shot to the end zone?” Fuller said. “In my mind, he can’t reach the end zone if we rush four. We’ll get there before he can get the ball off 60 yards. So let’s be four-man rush, get the pressure, back the guys up so they’ll see the ball thrown, overlap it with the safety and put yourself in position, get the ball down. That’s really what it came down to.”

Norvell noted the Seminoles lost both their games this season on the final play — including to Notre Dame in overtime in Week 1. But the key difference is after coming up just short against the Irish, Florida State was roundly praised for its effort. Losing to an FCS program simply cannot happen.

“We have to go out there and play coach and execute to how we train,” Norvell said. “And if we do that, I don’t give a crap who we play. It won’t matter. But obviously that is not occurring, and we’re not doing it for 60 minutes. The first week, we lost a game that I believe we should have won. Same thing happened Saturday night. The first week, people are happy that we played hard. Well, that is going to be the standard. We’re going to play hard and when bad things happen, we have got to be able to trust the training of what we do 365 days a year so that we cannot have those distractions or mishaps or mistakes in the moment when things get tough.”