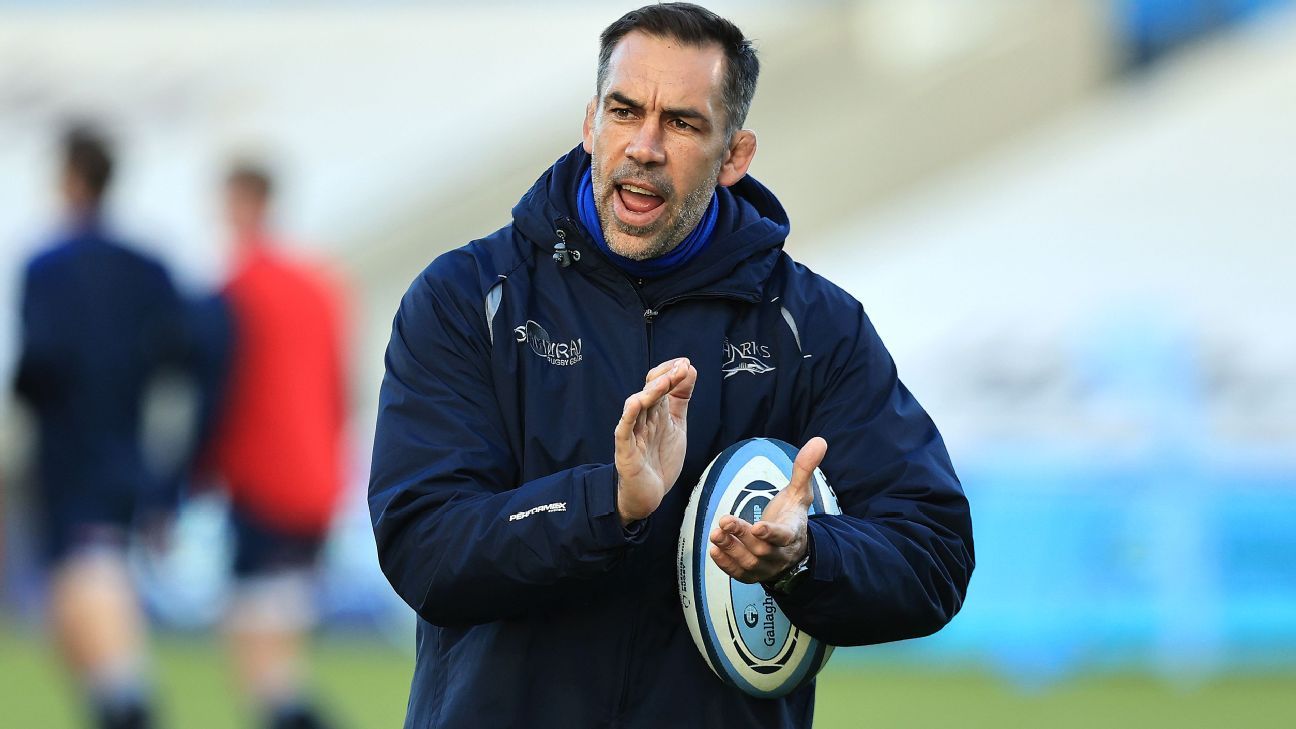 On Monday, Premiership Rugby said in a statement that clubs would be allowed to loosen COVID-19 restrictions, such as relaxing social distancing measures and removing the existing mask mandate, for clubs who have 85% of their players and staff fully vaccinated.

Speaking to the Telegraph ahead of the league’s opening round of matches this weekend, Sanderson warned players that their squad selection and “future employment” could be at risk if they do not get vaccinated.

“To start with, we’ve tried to educate them as best we can,” the 41-year-old said.

“Still, it is a choice. But the consequences of them not having it are not being able to travel, not being able to play in every arena if vaccine passports come in. Even though they’ve got rid of that [idea], it might come back in. You never know.

“The knock-on effect of that is that it could be detrimental to selection and therefore future employment. That’s the reality. We haven’t sugar-coated it. We’ve been brutally honest.

“If your stance on it is that strong, we will respect it but that’s a discussion that we will have down the line depending on the consequences of [players] not taking it. We’ve left it to them, given them all the information and said: ‘It’s your choice.'”

The Sale boss also said that his team were close to the required vaccination threshold required to loosen their restrictions.

Premiership Rugby announced on Wednesday that just one individual (a member of club management staff) had tested positive prior to its opening weekend, with more recent test results to be published on Friday.

Saracens, who were promoted back to the Premiership last season after they were relegated for breaching the league’s salary cap rules, will kick off the season when they travel to Ashton Gate to face Bristol Bears on Friday.

Defending champions Harlequins begin their campaign away at the Newcastle Falcons on Sunday.