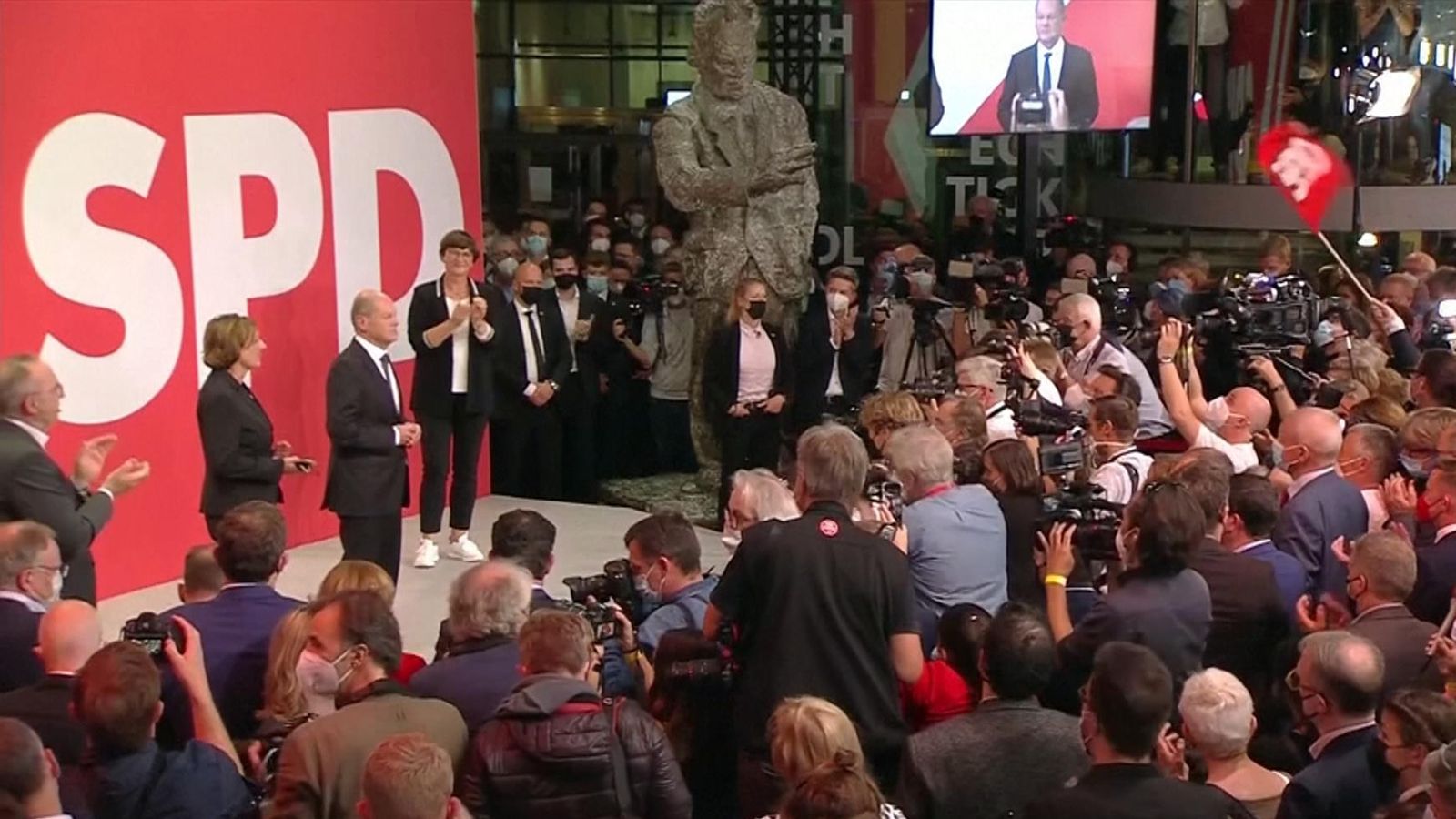 The German social democrats have had a miserable time in recent years, consistently beaten at the polls by Angela Merkel’s election-winning machine, and cast as the party that time forgot. But now, it seems, the SPD is back.

Certainly, there was a mood of optimism, even of celebration, at the party’s event I attended in Berlin. But it was tempered by an anxiety that hung in the air – a couple of weeks ago, the party was comfortably ahead in the polls; when the voting stopped on Sunday evening, the projections were that the CDU and SPD were running neck-and-neck.

The fact that exit polls gave the social democrats a narrow lead was greeted with cheers and a sense of relief. And just about everyone wanted to give credit to Olaf Scholz, the SPD leader who has prospered in recent months despite being constantly derided as dull and functional.

The paradox, though, might be that his sheer air of unflustered competence is what attracted voters. Scholz was the finance minister in the last coalition government, serving under Merkel, so is able to satisfy the desire for stability. But he comes from a different party to Merkel, with a more socially conscious agenda, so he also ticks the box for those wanting change.

“He’s a great candidate,” says Viola Mattathil-Reuther, an SPD candidate in the regional election. “He can do good things which is why we campaigned on the streets for him.

“He can make a difference in Germany and Europe. We need someone like him to make a change and he has a plan.”

There’s no doubt that the SPD also benefited from the gaffes of the CDU leader, Armin Laschet, notably the toe-curlingly awkward moment when he was filmed chuckling in the background while the German president delivered a sombre speech during the German floods. A look back at Angela Merkel’s 16-year career

For 16 years, Merkel had barely broken into anything more than a polite smile; here was her successor laughing while the president reflected on human tragedy. It was a horrible, damaging mistake.

There is still a lot of land to cover. The horse-trading is about to start in earnest about how to form a new governing coalition, with negotiations over which jobs would be given to which parties if they accept a deal.

Unknown unknowns abound, and it’s still possible that the SPD could end up as the biggest party, but not actually be in government. What is almost certain is that the deal-making will take weeks, if not months.

As we left the SPD gathering, the drink was still flowing and the mood remained upbeat.

“We haven’t had much to celebrate for years so we’ll enjoy this,” one person told me. “If we’d been up against Merkel again, we’d have lost again. But against Laschet, we deserved to win, and he deserved to lose.”