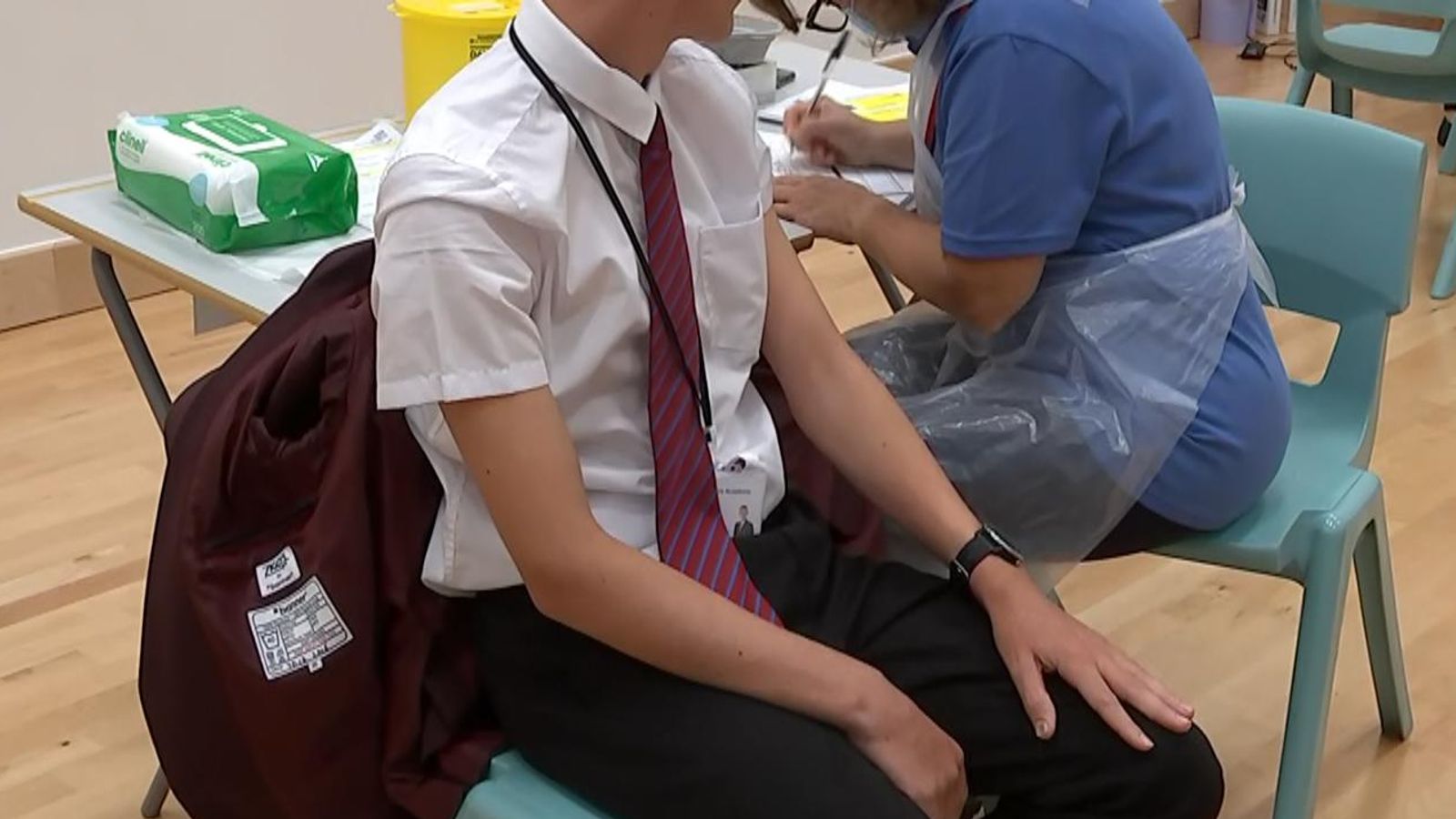 Some head teachers have reportedly been sent letters with a fake NHS logo that include a “consent checklist” for vaccination – which they are asked to share with students.

It comes as three million 12 to 15 year-olds in the UK are now eligible for their first jab after the vaccine roll-out was extended on 20 September.

The programme is expected to be delivered mainly in schools.

Just to confirm that this is not a legitimate NHS form.

A parent posted a picture of one of the fake consent checklists on Twitter.

NHS England medical director for COVID immunisation Dr Jonathan Leach replied: “Just to confirm that this is not a legitimate NHS form.”

The UK Health Security Agency also said this month it was aware some schools had received campaign letters and emails with misinformation about the vaccine programme.

The education secretary said on Monday that vaccination remained a personal choice but criticised people who had threatened and abused school staff.

Nadhim Zahawi wrote in the Daily Telegraph: “As Education Secretary, I want teachers and students to know that I will always stand up for them and tackle harassment head on, so teachers can do their vital jobs safely and children can get the education they deserve – regardless of choices made over vaccination.”

Official guidance suggests teachers who believe protests could be held outside their school over the vaccination programme should contact police to help manage the situation.